Rebalancing the Relationship Between Big Tech and News Media 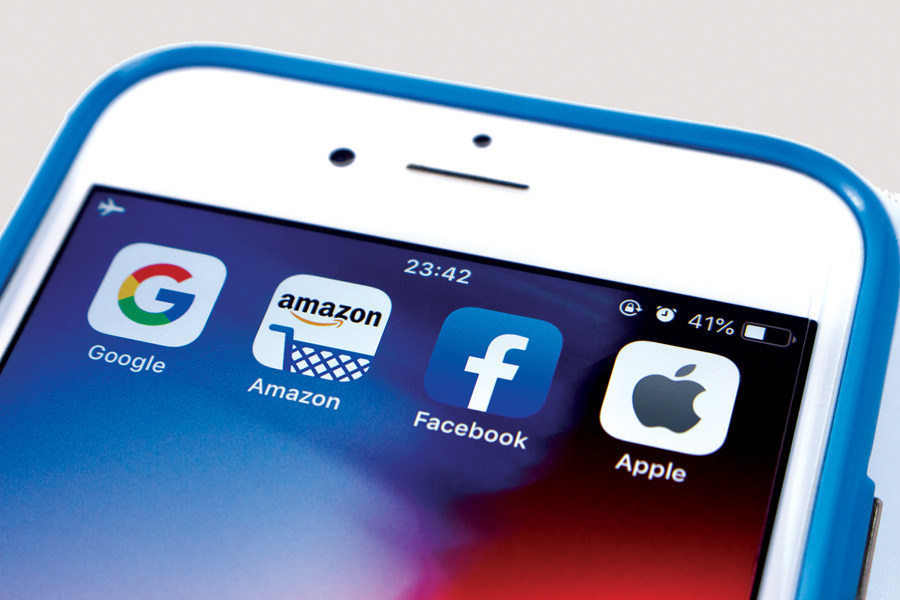 As the global journalism industry struggles to adapt to shrinking revenue brought on by the failure of traditional business models, Big Tech companies continue to dominate the digital advertising market. This uneven playing field has led policymakers in the US, EU, and Australia to attempt to rebalance the relationship between Big Tech and news organizations—but how are those efforts impacting media outlets located outside of the Global North?

Attempts to Rebalance the Information Ecosystem

In Indonesia, Dhyatmika said that the Indonesian Press Council is leading the initiative to engage with platforms to prioritize quality news media.

“The big focus for policy initiatives in Indonesia is how can we, together, preserve and protect quality journalism?” Dhyatmika said. “The media ecosystem right now is heading towards a landscape that doesn’t really incentivize good quality journalism.”

A policy plan put forth by the council calls for Big Tech companies to negotiate for greater revenues for media organizations and also requires the companies to filter content for hoaxes.

Dhyatmika is secretary general of one of the associations in the council, the Indonesian Cyber Media Association, comprised of over 400 media outlets across the country. 75 percent of those outlets are local newsrooms that rely heavily on government budgets due to the difficult digital advertising market, which often benefits entertainment over quality news media.

“If you want to get a big pie in the online advertising market, you need to really go for the content that creates the most traffic and sometimes it’s not really news,” Dhyatmika said. “Big Tech has a responsibility to contribute to a better media ecosystem.”

After over a year of deliberation with the country’s media stakeholders, the council submitted the plan to the government. Dhyatmika hopes the plan will become regulation issued by the Ministry of Communication and Information Technology.

Brazil’s government has also been debating a bill that would require Big Tech to pay for news content as well as establish content moderation and transparency requirements for platforms. However, Campos Mello said platforms and independent media alike have criticized the bill.

“The way the bargaining code is structured, it ends up benefiting more the big media conglomerates, the old school media,” she said, adding that there is concern that the money would go toward disinformation.

Clarke noted that Big Tech’s role in news markets in low-income countries is entirely different than it is in wealthier countries. With poor citizens and difficult markets, media organizations have struggled to build independent business models and profit from digital advertising, as many of their audiences have flocked to social media platforms for news.

“These are countries that are struggling to put in place a tax system or rule of law. So, the idea that they would actually be able to implement any of these laws or enforce them is not very practical,” Clarke said.

Radsch pointed out that the underlying challenge to any policy intervention is defining what quality journalism is and how to make sure money is distributed among big and small media outlets alike.

“It has to be focused on supporting those smaller entities. There are tax breaks for all kinds of companies out there, why not news media?” Radsch said. “The biggest challenge is deciding who benefits.”

Radsch said that independent, professional self-regulatory bodies are the best mechanism for deciding what counts as quality journalism.

Campos Mello said the absence of such associations in Brazil means that funding from Big Tech has enabled extreme right-wing websites that spread rampant disinformation. In Indonesia, the same dilemmas prevail, Dhyatmika said, but there has been success in being inclusive in attempts to create legislation to address the issue.

He said that media associations from across Indonesia were invited to be part of a taskforce on media sustainability to ensure that the Big Tech policy plan included smaller and larger media outlets alike.

“Our approach now is just to move forward as inclusive as possible,” Dhyatmika said.

Radsch also said that relying solely on Big Tech to resolve these issues is not enough. She noted that the lack of data and research into the effects of advertising on traffic and revenue among media means there is not enough evidence to inform public policy.

“It’s easy for us to blame Big Tech, but there is also more that the media industry should be doing and that includes doing more to collect an aggregate and create that data so that we can show good faith of what the media industry can do,” Radsch said. “I think we need to practice what we preach with respect to transparency and data collection.”

What Donors Can Do

Radsch said that many news outlets in lower-income countries rely on government advertising, leaving them subject to undue pressure from governments.

“Donors should absolutely focus more on that, and they should also use their donor funding to, for example, advertise in those media,” Radsch said. “That’s one thing that donors could do that will be very easy, quick, and require no new legislation.”

Clarke agreed, stressing that the fundamental problem to journalism in lower-income countries is the business model.

“The journalists are not paid to do independent journalism,” Clarke said. “They make most of their money from the aid organizations that they get per diems from, the rewritten press releases, and the handouts from politicians who are who are paying them to write propaganda.”

Rather than fund news outlets that are not incentivized to produce quality journalism, Clarke said that more funding should go toward developing the business models of news organizations in low-income countries.

As wealthier countries explore ways to rebalance the relationship between Big Tech and the journalism industry, they must consider the implications for news organizations outside of Western power centers. Addressing the media sustainability crisis head-on requires widespread, inclusive conversations about how public policy can support independent media in the digital era.