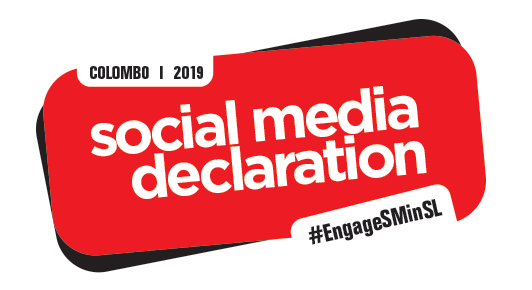 Following the tragic terrorist attacks in Sri Lanka earlier this year that killed over 250 people, the government blocked popular social media platforms and messaging apps in an attempt to prevent the spread of misinformation online. However, the ban not only blocked misinformation, it also prevented the spread of reliable and potentially life-saving information.

Large-scale network disruptions are quickly becoming the standard response by governments looking to maintain control during periods of volatility and confusion. In the past two months alone, there have been internet restrictions in Indonesia, Sudan, and Venezuela, among others.

According to a recent report by Freedom House, the “freedom of the media has been deteriorating around the world over the past decade.” It is, of course, a multifaceted process but it appears clear that the rise of large-scale network disruptions has played a part in this general trend.

Internet disruptions like those in Sri Lanka represent a flagrant disregard for freedom of expression, the right to information, and negatively impact the media at a time when well-informed journalism is needed the most.

The Impact of Internet Shutdowns on the Media

Following the Easter attacks in Sri Lanka, the government blocked access to Facebook, WhatsApp, Messenger, and Viber. This not only left citizens unable to communicate freely with one another, but also hampered journalists in their attempts to report on the rapidly developing events.

Social media platforms play an important role in the dissemination of news stories, with users able to share important updates within their networks. Particularly during a crisis, such updates could provide vital information that has the potential to keep people safe.

Messaging services are also essential for journalists looking to communicate with their sources securely. Without access to encrypted messaging services, reporters must rely on less secure forms of communication, leaving both the reporter and source at greater risk.

The only way of bypassing the social media block was to use a Virtual Private Network (VPN). Unsurprisingly, Google searches for “VPN” increased by 12,000 percent following the attacks. The government, however, responded by blocking access to VPN apps in a further blow to digital and media freedoms.

Social media blackouts may succeed in temporarily halting specific misinformation from spreading online, but they do nothing to impede the circulation of rumors and misinformation in other ways.

There is also nothing to suggest that traditional media forms will not propagate misinformation, as was evident when authorities showed a photo of a woman on national television, claiming that she was involved in the attacks. However, it quickly became evident that it was the case of mistaken identity and the person had no involvement whatsoever.

By restricting access to the internet, the government also hindered journalists’ ability to counter such misinformation. As Sanhana Hattotuwa, of the Center for Policy Alternatives in Colombo, told The Washington Post: “while a ban on social media helps to contain the spread of rumors, it also hampers efforts by journalists to push back on them.”

This, in turn, can achieve the opposite of what was intended, with rising confusion, increased violence, and panic.

What can be done?

Large-scale disruptions to social media platforms, in part, represent a failure of content moderation. Indeed, as long as dis/misinformation can easily spread across these networks, governments will continue to have a powerful rationale for justifying these heavy-handed and disproportionate interventions. If a private company is unable to moderate the content on their platforms, governments are likely to implement blunt measures in an attempt to redeem control.

However, when governments do attempt to take control, they often do so at the expense of fundamental human rights and may be driven by their own self-serving interests. Clearly, both positions are undesirable and have the potential to negatively impact press freedoms.

Instead, a more nuanced position is required that both upholds the essential need for content moderation, as well as citizens’ right to information.

One such example of this is the Social Media Declaration. Created by a group of 16 Sri Lankan organizations working within the media and human rights space, the declaration seeks to “create a progressive environment on the Sri Lankan social media sphere, [and] to ensure beneficial experiences, devoid of harassment for all users.”

Importantly, the declaration notes the need for regulations that fit within the local context, calling on social media platforms to “increase language capacity for content moderation in local languages.”

It also highlights the danger of allowing social media content moderation to be left with governments, stating that, “authoritarian regimes can and will use the threat of misinformation to generate their own digital propaganda or seek to introduce new legislation ultimately aimed at silencing dissent.”

The declaration therefore deftly finds the middle ground within this dilemma by calling on governments to respect, protect, and promote human rights online, while calling on social media platforms to be more adept at challenging and removing specific forms of content informed by an understanding of the local context.

Social media shutdowns like those in Sri Lanka represent, to a certain extent, the failure of social media platforms to effectively moderate content that is hosted on their sites. Of course, this is not applicable in all cases, and governments have been found to be flexible in the justifications they adopt to warrant network disruptions.

It is now evident that attempting to muzzle the digital world fails to prevent the spread of harmful ideas, rumors, and misinformation. In the process, social media shutdowns and large-scale network disruptions negatively impact the media and journalists from doing their work. Importantly, this negatively impacts the public at a time when reliable information is at its most valuable.

Samuel Woodhams (@Samuel_Woodhams) is a freelance journalist and researcher at Top10VPN.com, a digital privacy group and VPN review website. He is interested in global debates surrounding the future of the internet and identifying trends in digital authoritarianism, repression, and disinformation.