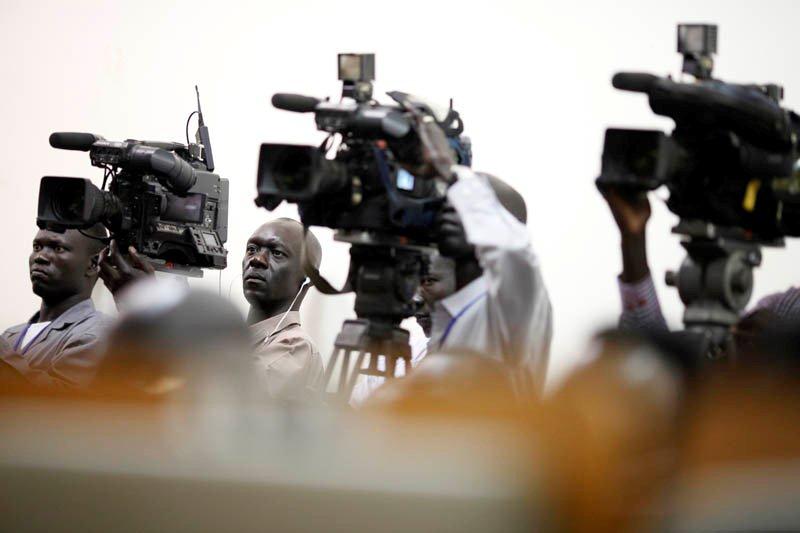 Sherry Ricchiardi, Ph.D. , is a media development specialist.  In May, she was a guest speaker at World Press Freedom Day Conference in Juba, South Sudan, and conducted workshops as part of the Department of State U.S. Speaker Program on Journalism Training and Safety. The views expressed here are her own.

Juba, South Sudan – Journalists and press freedom advocates are awaiting the fate of a bill that, if signed into law, could be a severe blow to independent media in this war-ravaged, northeast African nation.

Passed by the National Legislative Assembly in October 2014, the statute grants broad policing powers to the National Security Service (NSS) to arrest and detain suspects without warrant or charges, monitor communications, conduct searches and seize property at will.

Journalists are among those already are under fire by the NSS in the Republic of South Sudan, the world’s youngest country.

A 2015 Human Rights Watch report found that security forces have “harassed, intimidated, and arbitrarily detained journalists; shut down one newspaper; taken a radio station off the air; and seized or held entire print runs of newspapers several times.”  South Sudan’s Information Minister Michael Makuei has repeatedly threatened journalists who interview opposition figures, calling them “agitators” who will be punished.

Critics view the National Security Services Bill as a blatant effort to undermine Article 19 of the Universal Declaration of Human Rights and Article 9 of the African Union Charter on Human and Peoples’ Rights, which guarantee freedom of expression.

There is a preponderance of evidence to support those concerns:

Media professionals in the impoverished country have been caught in a crossfire since violence erupted in December 2013.  All sides target them in a civil war that has killed tens of thousands and displaced more than 2 million people, violence which U.S. President Barack Obama commented on in his recent trip to Africa.

The Committee to Protect Journalists reports that those covering rebel-controlled regions receive similar, if not worse, treatment.  Some media outlets have been closed or taken over by the rebels.  There have been instances of journalists arrested, beaten and charged with espionage, according to CPJ.

In October, a group of human rights organizations called for a presidential veto of the NSS bill and provided recommendations for revision.   Chief among them:  Limit the power to gather intelligence, arrest, detain, conduct searches, seize property, and use force.

The entire list  of recommendations can be found here.

An analysis of the bill by Amnesty International, Human Rights Watch, and other free press advocates can be found here.