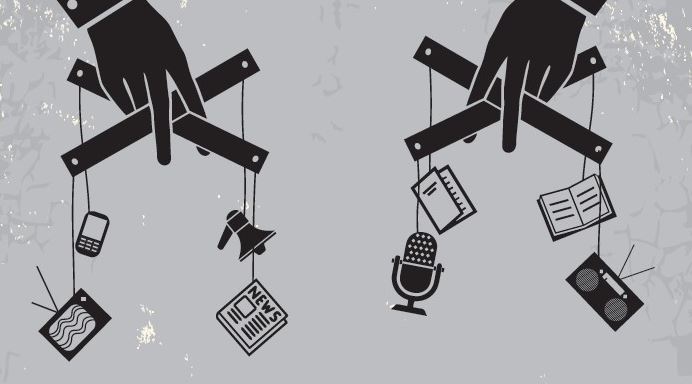 Building political support for media is an essential piece of the development puzzle because, as a new report by the International Forum for Democratic Studies puts it,  “Independent media are essential for determining the success or failure of government programs and assessing actual conditions in the country”–a view that CIMA has championed over the years.  The report, “Stifling the Public Sphere,” focuses on media and civil society in Russia, Egypt, and Vietnam.

An event to launch the paper at the National Endowment for Democracy featured the three authors, Zachary Abuza, Sherif Mansour, and Maria Snegovaya, highlighting their findings in their respective countries.  While each of these places have different challenges, they share some similar features, including authoritarian governments and a stifling environment for media and civil society, but also a desire to modernize. Snegovaya discussed Russia’s media control, starting with the government’s strategic censorship. If you are a media outlet and you are publishing unfavorable information, you might be destroyed, or you might not, she said. And as an outlet, you can’t be sure when this will happen.  Speaking about Egypt, Mansour highlighted the contrast with Tunisia, stating that in Tunisia, there was space for media and civil society regardless of competing interests. This is not the case in Egypt as many repressive laws from the Mubarak era remain on the books.

While these countries have relatively bleak prospects for immediate change, all three panelists expressed points of cautious optimism. The Internet’s vibrancy and relative open environment for dissenting voices is a ray of hope for independent media in all three of these countries. Notably,  Abuza mentioned that the Internet in Vietnam wasn’t built in a restrictive manner, forcing the government to play a constant game of catch-up. Beyond technical capacity, Abuza highlighted how Vietnam is a different country than it was 10 years ago, pointing to the fact that the communist government understands that it must reform and that while resistance remains, this is slowly happening.

In his introduction to the report, International Forum Executive Director Christopher Walker writes that  “citizens’ apparent recognition of the need for open media and civil society offers hope for the future. Even if their officials are keeping the lid on for now, the pressure to develop more transparent and responsive systems of governance may ultimately be too strong to contain.”

For a full video of the event, click here.