The Other Threat Against Journalists in Turkey: Criminalization of Social Media Use and Online Harassment 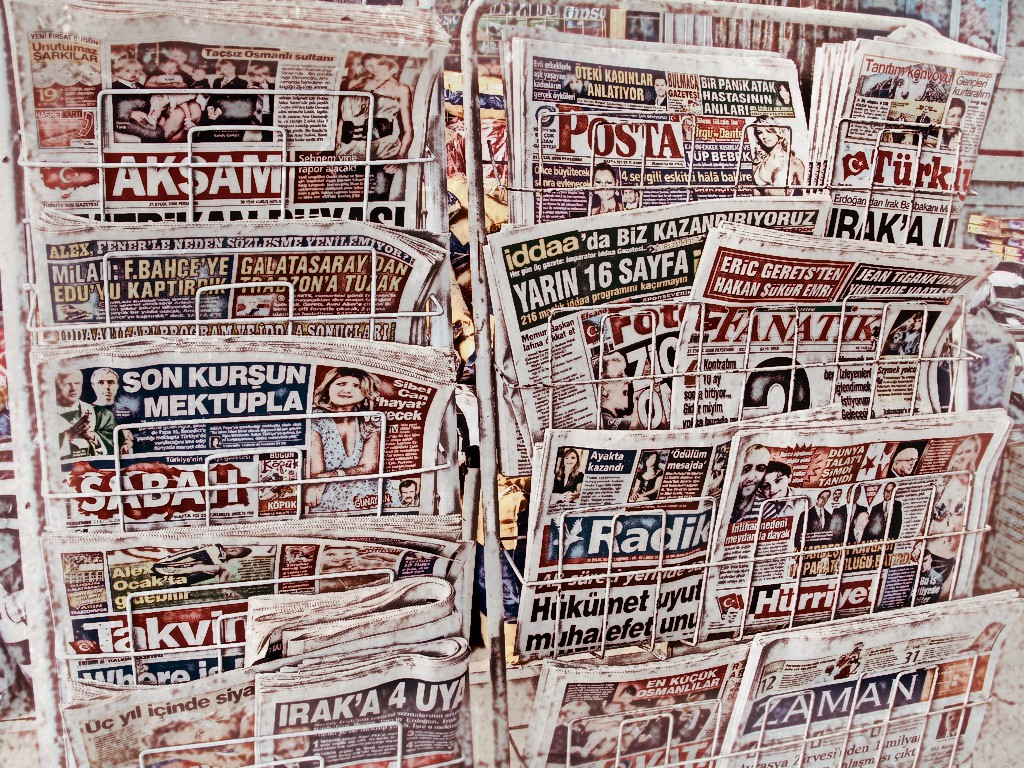 The dismal state of press freedom in Turkey is now incontrovertible. Report after report has documented the growing numbers of imprisoned journalists, shuttered newspapers, and banned news sites (here, here and here). Researchers have demonstrated the impacts of political-economic alliances between media owners and the government, which resulted in dismissals of critical journalists, replacement of editorial cadres with sycophants, and a loss of journalistic autonomy.

While Turkey’s media system has been plagued by its own clientelism, polarization, and politicization for decades, these problems worsened under theJustice and Development Party (AKP). As print and broadcast news media came under intensifying interference from the government and its proxies in the judiciary beginning in the late 2000s, journalists, activists, and dissidents have come to rely on social media to share news and information, and to express critical views. However, the increasing use of online platforms for purposes of information sharing and political mobilization has brought with it stricter government controls.

After the Gezi Park protests and revelations about massive government corruption (both in 2013), the AKP became highly attentive to perceived threats social media posed to its legitimacy. To curb the availability of critical news and opinion, and penalize users that engage in so-called anti-state crimes, the AKP amplified its restrictions on online freedoms. In addition to its long-lasting strategies (banning websites, requesting social media companies to remove content), it passed new and stricter legislation (Internet Law 2014, Law on State Intelligence Services 2014) in order to facilitate online surveillance. Complementing these measures, the AKP set up its own Twitter army to increase the presence of pro-government voices and by extension to silence its critics.

Prosecution of journalists based on their professional work is not a new development in Turkey. However, in recent years there has been a palpable increase in legal actions taken against journalists because of their social media posts. The courts have accused journalists (as well as ordinary users) of spreading terror propaganda via their Facebook pages and Twitter accounts.

Based on certain provisions of the Penal Code and the Anti-Terrorism Law, vaguely-defined acts such as “inciting people to hatred and animosity, praising a terrorist organization, disseminating propaganda on behalf of a terrorist organization, and declaring one’s affiliation with a terrorist organization” are subject to criminal investigation. Although these provisions do not specifically mention online content, authorities have nonetheless used journalists’ Twitter and Facebook posts as evidence in court, especially the journalists who work for pro-Kurdish outlets and/or report on the Kurdish issue, government corruption and other sensitive topics.

According to the Ministry of Interior Affairs, 1,656 users were arrested between December 2016 and May 2017 because of their social media posts. Another ten thousand users are currently under criminal investigation. Meanwhile, the number of journalists in prison jumped to 118 in the first quarter of 2017 from 28 in the same period in 2016. Neither the Ministry of Interior Affairs nor the Ministry of Justice has released data pertaining to the exact numbers of journalists under investigation for alleged social media crimes, though the following examples offer a glimpse into the recent encroachments on free speech.

In November 2015, Idris Yilmaz and Vildan Atmaca, reporters with two separate pro-Kurdish outlets, were arrested for their social media posts concerning the ethnic conflict in the predominantly Kurdish southeastern region of Turkey. Hayri Tunc, a reporter for the pro-Kurdish news site Jiyan was arrested in February 2016 for sharing on Facebook and Twitter links to his news stories and making personal remarks about the Kurdish issue. Hamza Aktan, the news editor of pro-Kurdish IMC TV, was also detained on similar charges in April 2016. The court accused him of retweeting posts by two other Kurdish commentators and a BBC post that asked citizens in southeast Turkey to share information about the military operations in the region. In December 2016, Ahmet Sik, a prominent investigative journalist with Cumhuriyet, was arrested on charges of disseminating terror propaganda on behalf of the PKK and the DHKP-C as well as insulting President Erdogan and state officials via his Twitter posts. While all others were released under judicial control, Sik is still in prison pending trial.

Detention and arrests of journalists have continued well into 2017 based on the usual terror propaganda charges. Equally concerning is the rising online harassment and intimidation against journalists. According to a report by the International Press Institute (IPI), journalists in Turkey are subject to online abuse and intimidation that includes “threats of violence, verbal abuse, technical interference and legal threats.” Based on an analysis of more than 2,000 cases of online abuse in 2016, the report notes that pro-AKP and ultra-nationalist accounts on Twitter label critical journalists as “traitors,” “terrorists,” “supporters of terrorism” and “kafir” (infidel). The IPI has added that online harassment of journalists increased after the coup attempt in July 2016 primarily because of the state of emergency that has exacerbated the crackdown on free speech.

Unfortunately, online harassment and intimidation is not limited to verbal and legal threats. Pro-government loyalists on Twitter take it upon themselves to report users who post messages that allegedly praise a terrorist organization, insult Erdogan, or criticize the AKP. Be it pro-Erdogan pundits or ordinary loyalists, they alert the authorities about the so-called harmful tweets. The story of Ebru Umar, a Turkish-born Dutch journalist, is quite telling in this regard. In April 2016, Umar tweeted about Erdogan using a curse word and was immediately targeted by Erdogan’s private secretary, who called for her arrest. Chosen as a “target for larger groups of trolls”, Umar then came under attack from a “virtual mob” and was detained the next day by the police.  In a chillingly similar case, Dion Nissenbaum, the Wall Street Journal correspondent in Istanbul became the target of pro-government trolls in December 2016. Nissenbaum had tweeted about an ISIS video in which two Turkish soldiers were set on fire and included a screenshot. Soon he was targeted and reported to the police by a pro-government Twitter user demanding his “immediate deportation.” Nissenbaum was detained for three days with no access to lawyers, then left the country voluntarily.

In addition to such incidents of online targeting, which undoubtedly instill fear and self-censorship, there are reports of at least 20 cases whereby journalists’ social media accounts were hacked and their direct messages on Twitter leaked. A researcher who spoke on condition of anonymity also noted that in 2016 there were approximately 50 journalists whose Twitter accounts were hacked via phishing attacks, but they did not want to come forward out of fear of attracting undue attention.

In recent years, Turkey has come to be known, albeit notoriously, for the record numbers of imprisoned journalists, shuttered media outlets, and online content removals. But it has also been carrying out a rather quiet form of suppression by deploying online attacks against journalists, activists, and dissidents. It is time to direct attention to these backdoor activities and safeguard the online public sphere from further erosion.

This post was written by a US-based professor of media studies who has asked for anonymity.