Will President Mauricio Macri Give a New Role to the Media in Argentina? 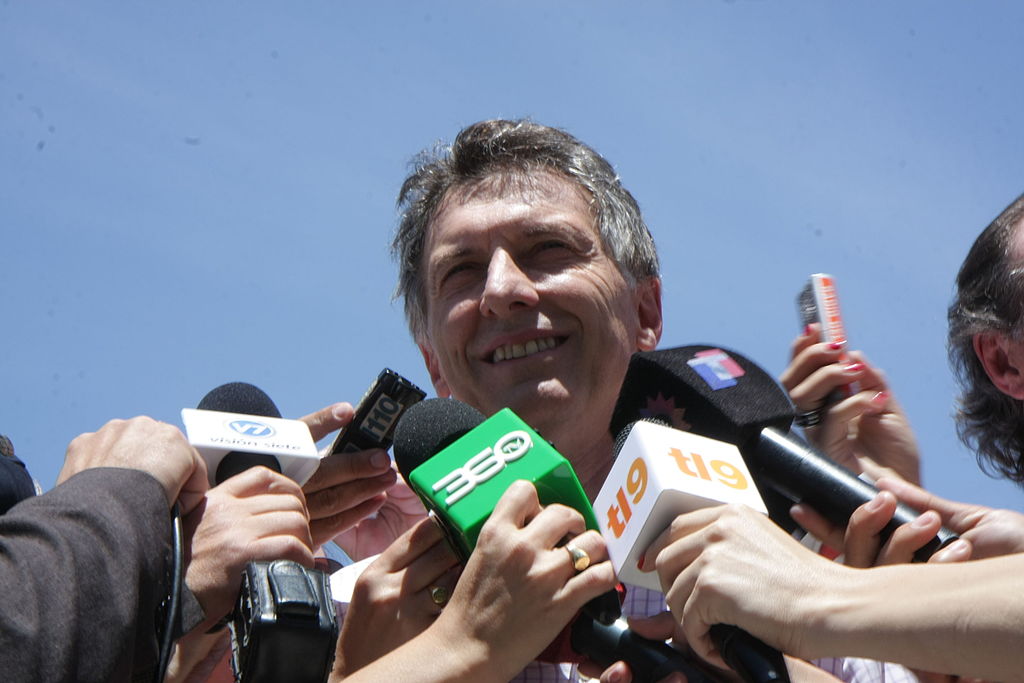 In the past decade a number of populist governments in Latin America have implemented significant changes to their respective media regulatory environments. This began in 2005 with Venezuela’s controversial “Law of Social Responsibility for Radio and Television” which was soon thereafter copied, adapted, and implemented in Ecuador and Argentina. These laws, which were touted as reducing media ownership concentration, have been criticized for increasing government influence in the media sector and being used to attack opponents. The recent electoral victory of opposition candidates such as Mauricio Macri in Argentina, raises questions about what the future of the media sector will be like in Latin America given the shifting political landscape.

In 2009, President Cristina Fernandez de Kirchner’s government approved a media law that it claimed would “democratize” Argentina’s media market by bringing new perspectives to the public. The law created a new communications regulatory agency, the Federal Authority of Communication Services (AFSCA in its Spanish initials), tasked with managing all media broadcast licensing (radio, television, and internet), breaking up communications companies deemed monopolistic, and creating alternative spaces for under-represented public opinions. However, since its creation AFSCA has not truly functioned as an independent regulatory body. Instead, the Kirchner administration has used it to indirectly censor media outlets that criticized the government, while simultaneously rewarding those who supported the Kirchner administration’s public narrative.

The trouble began when President Kirchner appointed Martín Sabbatella as the first Director of AFSCA. Other than a brief stint as the vice president of the Freedom of Expression Committee in Argentina’s House of Representatives, Sabbatella was a career politician without the technical expertise required to run a communications regulatory body. Furthermore, he was a militant loyal to Kirchner and her party, and therefore did not serve the public interest but rather the political agenda of the sitting president. This became more evident as AFSCA began to distribute broadcasting licenses and decided which media outlets would benefit from public advertisement revenues.

Then the government used AFSCA to break up Grupo Clarín, the largest media conglomerate in the country, which owned a number of television channels, radio stations, and a cable and Internet provider, and which was often a critic of Kirchner. The Kirchner administration launched a public campaign accusing the owners of being human rights violators who were complicit during Argentina’s dictatorship. Many government officials and their political supporters then used the “Clarín Lies” tagline to try to discredit the media company. Currently the breakup of Grupo Clarín into separate corporations is pending a series of legal battles in Argentina’s higher courts.

In addition to using visceral rhetoric to discredit their political opponents, the Kirchner administration used its licensing power and public advertisement revenues to create government dependent media outlets. After breaking up the C5N media company, another conglomerate with an editorial line that did not always agree with the government, a well-known private sector backer of the Kirchner’s, Cristobal Lopez, purchased the company. Once the new owners got rid of critical journalists and changed to a more government-friendly editorial line, the Kirchner administration rewarded them with lucrative public advertisement contacts.

Since 2003, when the Kirchner couple came to power, government spending on advertisement has gone from 46 to 1,814 million pesos a year, an equivalent of around $120 million U.S. dollars a year or over $313,000 U.S. dollars spent daily on government advertisement. The government funded media outlets extend as far as radio stations and televisions run by political allies working at neighborhood cooperatives, public schools, and universities. By the end of her two terms Kirchner’s government and its political allies controlled over 117 media outlets with editorial lines that copied the president’s speeches, messages, and talking points.

While Argentina’s 2009 media law was implemented with a clear political purpose, the regulation leaves room for newly elected President Macri and his administration to turn Argentina’s public and private media ecosystem into a service that integrates diverse viewpoints while also informing the general public.

The newly elected coalition government came to power with a message of reuniting the country, maintaining government transparency, and respecting differences of opinions. President Macri set the tone early on by reestablishing press conferences and taking questions from the media, something his predecessor had refused to do.

To continue reestablishing a more open and transparent media environment, the new president and his administration should consider:

The newly appointed minister of communications, Oscar Aguad, has stated that he will not use the regulations to go after media that disagrees with the new administration. However, given that Sabbatella refuses to resign from his post as director of AFSCA and wants to serve out the rest of his term through 2017, Aguad will have time to find a qualified replacement to lead the AFSCA while he fights to get rid of the Kirchner regime appointee.

Patricio Provitina is an Assistant Program Officer in the Latin America division at the National Endowment for Democracy.  He holds a masters degree in Global Policy Studies from the LBJ School of Public Policy at the University of Texas and a bachelors degree in political science from the University of Virginia.