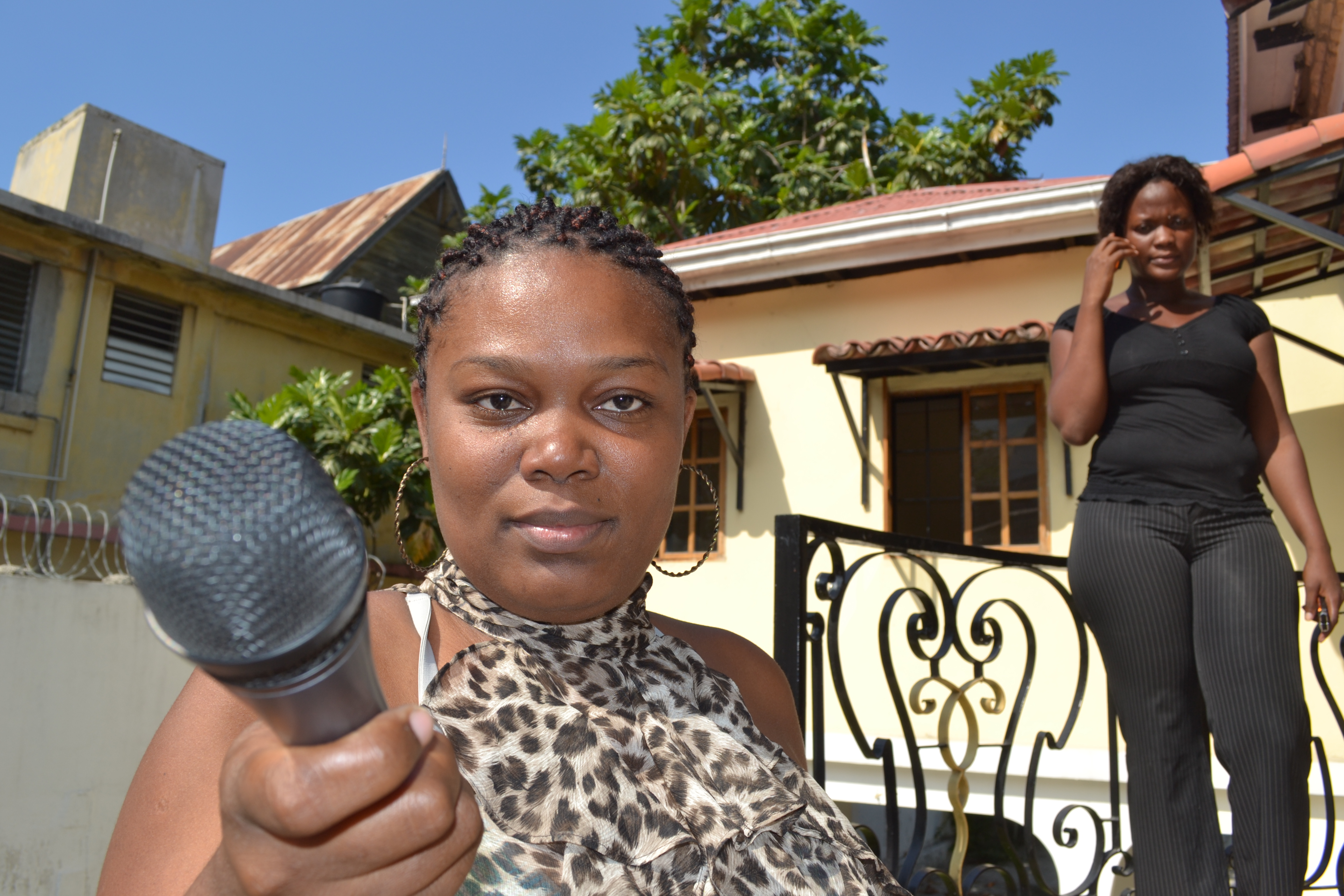 Two female journalists attend a training session aimed at increasing women's participation in the media. Photo by Eoghan Rice/Trocaire and licensed via Creative Commons (CC BY 2.0).

Former Haitian President Michel Martelly left office on February 7, 2016, the 30th anniversary of the fall of the brutal Duvalier dictatorship. A failed election process leaves the former head of the Senate temporarily at the reigns. Thus, Haiti faces its second interim government in 12 years, a decidedly undemocratic political culture, and a public that wants to believe democratic institutions can function but hasn’t seen the proof. Thirty years must feel like an eternity for civil society and Haitian citizens striving to have a voice and influence in such a broken political system.

Given the big challenges here, it might be surprising that one carnival pop song managed to break through the noise and add its own controversy to the mix. One week before leaving office, former President Martelly released a new single under his stage name “Sweet Mickey.” The song, titled “Give Them Bananas” features repetitive and overt sexually suggestive lyrics aimed at the president’s critics, and one woman in particular, Liliane Pierre-Paul. One of the country’s most well-known radio journalists and longtime human rights activist, she was the first Haitian to win the International Women’s Media Foundation’s Courage in Journalism Award in 1990 and has also been an outspoken critic of Martelly.

The obvious interpretation of the lyrics is the intended one. And it’s not the first time Martelly added his own flair of sexual aggression when responding in a threatening way to his female critics. The attitude is this: Don’t like my policies or use of political power? Here’s some male dominance and thinly veiled threats instead. Last August, male and female ministers resigned in protest. This time though, the song was mostly dismissed as tasteless. Some women laughed at the song lyrics, and real outcry fell short or was washed out by the political heaviness of the moment.

The lyrics represent much larger problems in a media sector and society that does not encourage women’s voices to be heard and elevated. What are women and young girls who want to write or become a journalist – or have an opinion on anything – going to think when the public response by a man to a woman asking questions or displaying critical thinking is a gendered threat? What extra significance does this take on when it’s not just any man, but the country’s president? How is this happening in 2016?

The repercussions are a lot more serious than any single song might suggest at first glance. Though Haiti’s media sector is still weak and polarized, it is better off now than in past decades. The constitution explicitly protects freedom of expression and though the operating environment is far from perfect, Haitian journalists face fewer restrictions and violence than some of their Latin American and Caribbean peers. There is untapped potential for media in Haiti to make tangible contributions to democratic progress in the country, but to play this role the media must attract and retain all of its best and brightest – including, and especially, women.

Politically reinforced sexual aggression from Haitian leaders is no way to cultivate future generations of critical thinkers and women whose ideas will contribute to a more plural media and society and help move the country forward.

Haiti’s challenges are enormous and no one sector can effectively respond to these obstacles on its own.  It will take a village. It will take great ideas. New ideas. Haitian ideas. Haiti’s media, including female journalists, should be free to focus their energy on professionalizing Haitian media, fostering independent voices, playing a watchdog role in the face of corrupt government, and reporting on citizen priorities. Spending energy deciding if and how to respond or counter threats, sexual harassment, or – in in the case of the parting gift of the former president – ridiculous and aggressive lyrics, shouldn’t even be anywhere on their radar.

Janelle Nodhturft Williams is a Program Officer in the Latin America & Caribbean division at the National Endowment for Democracy. She holds a masters degree in International Peace and Conflict Resolution from the School of International Service at American University and a bachelors in international relations from Bucknell University.