Freedom on the Net Declines for Fourth Straight Year 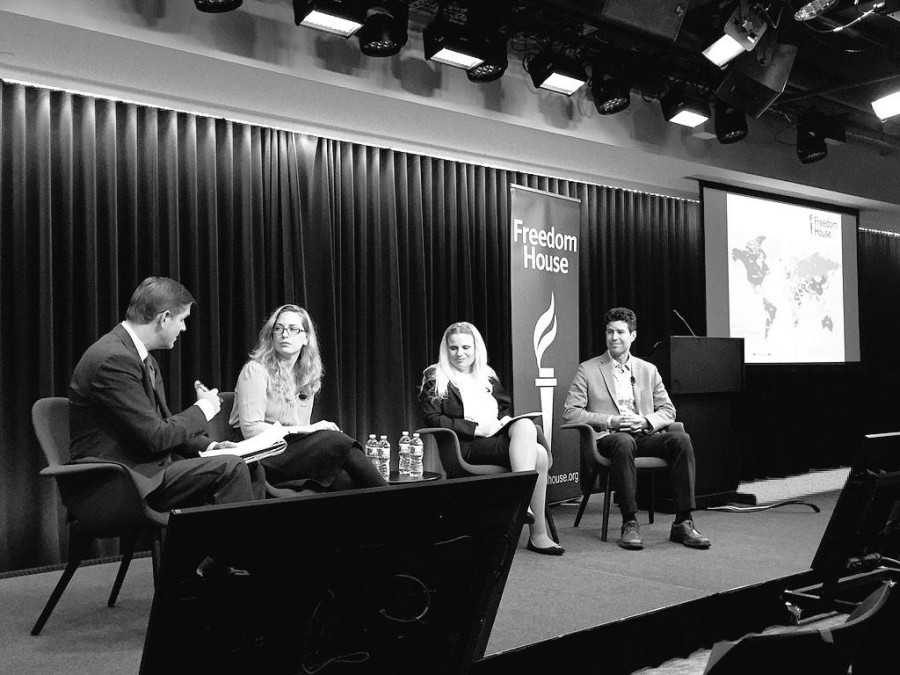 Global internet freedom is in its fourth straight year of decline, according to the annual Freedom on the Net index released by Freedom House.

The 2014 index, released early yesterday morning, looks at three levels of internet use: obstacles to access, limits on content, and violations of user rights. The downward trend was discussed by a panel of experts at Google’s offices in Washington, DC on Thursday morning.

It’s perhaps no surprise that states are becoming increasingly savvy in their methods for blocking and manipulating content online, with a proliferation of repressive and regulatory policies, increased use and sophistication of cyberattacks, and increased government pressure on private sector internet companies to access the data they possess online.

But perhaps the most troubling trend, experts agreed, was the evolution of state control beyond the typical targets of surveillance and censorship. No longer are journalists and human rights activists the largest demographic with targets on their backs—it is now the individual who should be wary of their activity online, and this has completely changed the game.

“Unlike previously, everyday users are at threat because of casual comments that they make online,” said Sanja Kelly, project director for the Freedom on the Net report at Freedom House.

The rise of connectivity means that more people around the world are sharing information and opinions via media than ever before. Governments often take that as a cue to manipulate the online space, seeing the free flow of information as a threat to authoritarian control. Indeed, we see today that more individuals are jailed for online activity than ever before, and often penalties for online activity are greater than for offline activity, according to Freedom House’s report.

The routes countries take to control content are all different, and yet the downward trend is global—meaning that even in some countries ranked “free” or “partly free,” there can still be risks for users (we need look no further than this year’s revelation of NSA surveillance in the United States).

Of the 65 countries surveyed, more than half have seen a decline in internet freedom scores, with Russia and Turkey seeing the worst devolution over the last year (and incidentally, each has experienced a five-year decline). Iran, Syria, and China make up the bottom three countries on Freedom House’s list, and Iceland, Estonia, and Canada make up the three best-performing countries. Global map of Freedom House’s FOTN2014. Countries in green are ranked “free,” in yellow “partly free,” and in purple “not free.”

But when it comes to combating government control, panelists at the Freedom House launch event argued for a more proactive approach by activists, civil society, and even journalists.

“A lot of efforts around the world are reactionary,” Kelly said. In most cases, those most affected by repressive policies will wait for a piece of legislation to be proposed or passed to start fighting against it, rather than advocating for free and open internet policies from the get-go. If we hope to see any turn in this trend of net freedom around the world, it will hinge on that.