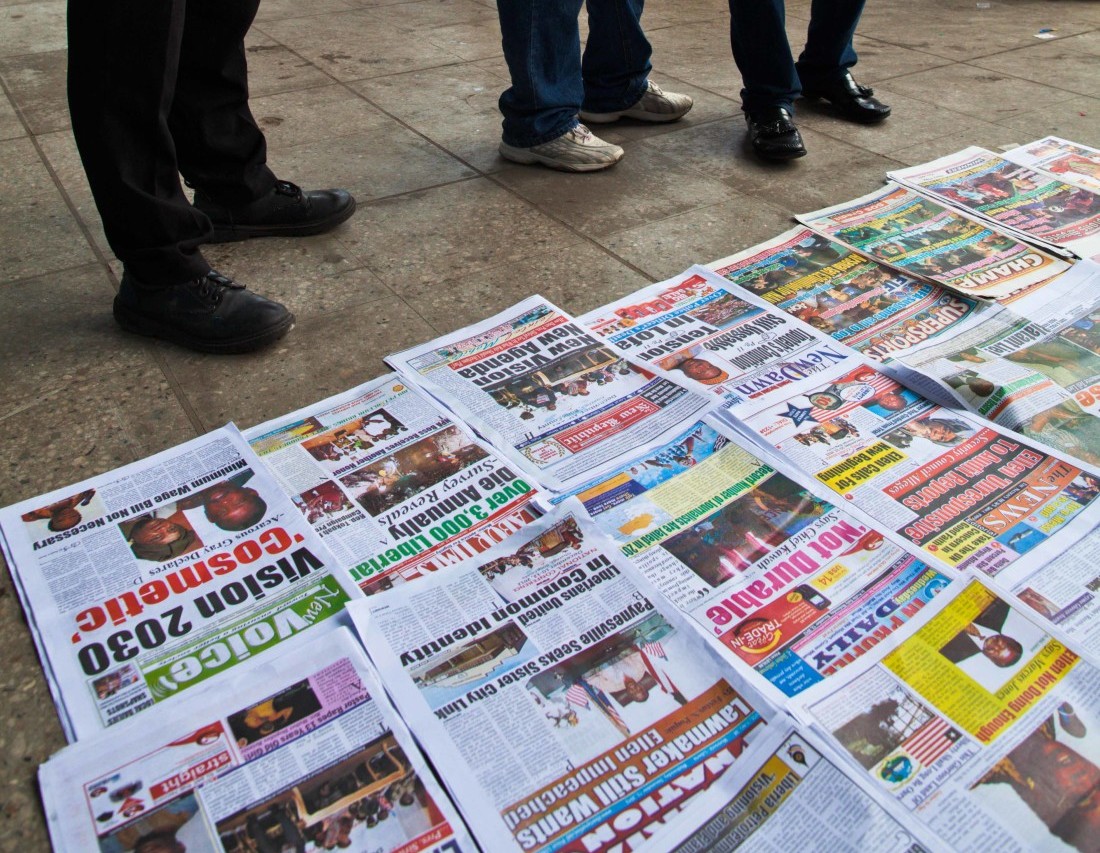 "I wondered to myself, how could the Liberian Government, in particular, have such strong positions on good governance and access to information at international forums and quite a laissez-faire attitude to the same principles back at home?"

In September 2010, President Ellen Johnson Sirleaf signed Liberia’s Freedom of Information (FOI) law. That singular act ushered in perhaps the most important piece of governance legislation ever passed in the country’s history. It was a momentous day for many Liberians, especially for those of us in the country’s media who spearheaded the process of pushing for an access to information law.

As far back as 2004 the Liberian media and its international partners began discussions aimed at establishing a legal space for a more transparent and accountable government by instituting legal reforms like the passage of an FOI law.  In September 2010, going on three years after the submission of the draft law to the Liberian Legislature, we anxiously awaited the president’s signature.

Five years down the line though, the freedom of information law can hardly be seen as an instrument that has brought more openness to the governance process of Liberia. In 2012 the Center for Media Studies and Peacebuilding filed a complaint with Liberia’s Independent Information Commission to compel the country’s anti-corruption body to turn over asset declaration filings of government officials. Three years later however, the complaint remains stuck in the country’s judicial system after the anti-corruption body appealed the information commissioner’s decision to make the asset declarations public.

In 2014, the Liberia Media Center carried out a small study on the operations of the FOI law. The center requested information from 45 government agencies under the law’s provision that requires them to automatically publish certain classes of documents such as contracts they enter into with third parties. Of the 45 government agencies contacted, just approximately 13 percent of them complied at some level with the request. Many the country’s leaders including the president, vice president, speaker of the house, and president pro tempore did not respond. CIMA event on the sustainable development goals and access to information

Recently when I attended a Center for International Media Assistance event on the new UN Sustainable Development Goals and heard that the Government of Liberia was one of the staunchest advocates for the inclusion of good governance principles, such as access to information, in the Sustainable Development Goals, I was simply astonished. One of the panelists at the event, Quinn McKew from Article 19, noted, “It was some of the most fragile states–some of the states that are in transition–that were the strongest advocates for the inclusion of these principles of good governance, access to information. It was Sierra Leone, East Timor, Liberia that took to the floor in defiance of the G77 group positions and argued time and time again that these principles should be there.”

Sitting in the main conference room of the National Endowment for Democracy and hearing those words from a major western civil society actor stunned me to the core. Here is a government, most of whose institutions would not respond to the most routine of freedom of information request, championing access to information as an indispensable part of the global development agenda.

I wondered to myself, how could the Liberian Government, in particular, have such strong positions on good governance and access to information at international forums and quite a laissez-faire attitude to the same principles back at home? Then it dawned on me with clarity that this two-faced attitude suits the government’s international agenda.

It seems like many countries that practice bad governance have come to realize that as long as they take token measures back home and say the right things on the outside, they do not have to put in place and serious reforms inside their countries to be accorded recognition.

Mr. Lamii Kpargoi is Reagan-Fascell Democracy Fellow at the National Endowments for Democracy. He is a civil society activist, journalist, and lawyer, who currently serves as officer in charge of the Liberia Media Center, where he works to foster transparency and bolster media capacity through trainings and research.