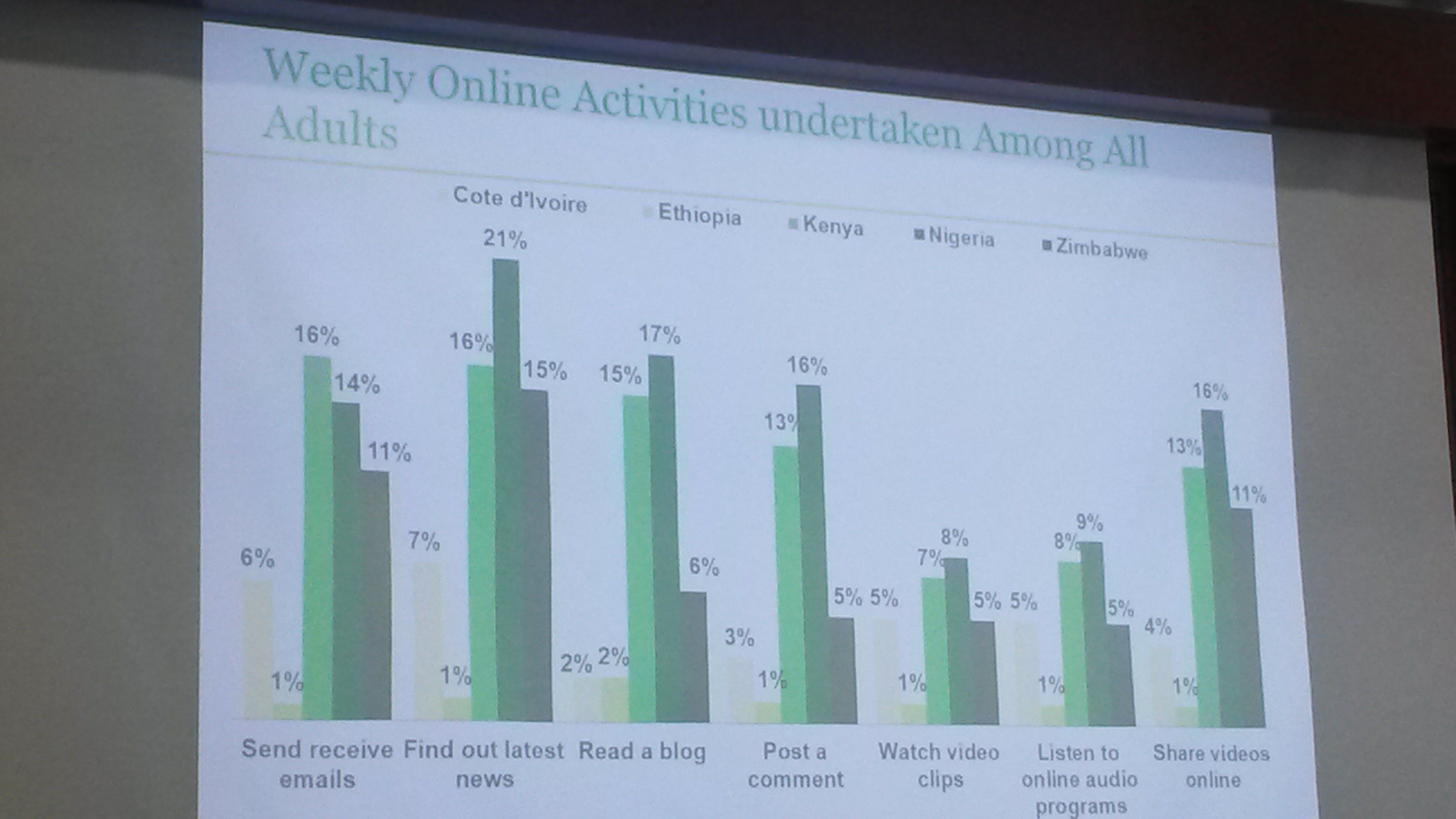 The environment for access to the Internet is changing rapidly, and Sub-Saharan Africa is a prime example.

Zimbabwe, Kenya, Nigeria, Cote d’Ivoire, and Ethiopia were five Sub-Saharan African countries surveyed by Gallup and the Broadcasting Board of Governors in late 2013 and early 2014. Their research was presented Wednesday morning in Washington. Their findings revealed how users are accessing this increasingly vital technology—of course, that mobile is king when it comes to devices used to go online.

Gaps still exist in terms of access, as many other studies have shown. The divides between gender, and urban versus rural, are still dictating broader levels of inequality throughout the region. Also, in terms of where people are accessing the Internet, use at home is rising rapidly, and overtaking use in Internet cafes, which were the primary point of access when the Internet first emerged.

“We cannot underestimate the influence that the Internet is having on the communities we’ve surveyed,” said Sonja Gloeckle, who leads the research program at the BBG’s International Broadcasting Bureau. “While we see disparities in the amount of access to the Internet in the different countries researched, we are seeing similar behaviors and attitudes among those who go online.”

In Gallup’s findings from its World Poll, conducted in conjunction with BBG’s research, analysis into behavior patterns within the broader societal context was presented. One of the most striking findings was in the World Poll’s corruption index, which measures “perceptions” of corruption by the population.

In their findings, research showed that those who use the Internet are more likely to perceive their government and private sector as corrupt.

Ethiopia was perhaps the greatest indicator of this. Internet access in the country is at less than two percent. In the survey, citizens of Ethiopia had the lowest perceived corruption of the five countries surveyed—a score of 43 out of 100.

“I think access to information makes you more critical of what you see around you,” said Gloeckle, speaking to Ethiopia’s case.

The debate about accessibility to the Internet is also changing rapidly—now it’s not so much a question of whether it will happen, but what the best means of providing access is. With Facebook’s latest announcement that Internet.org will beam satellite Internet to Africa, the priority is high.

Whatever the newest or lasting solution may be, it must address two distinct challenges to accessibility of the Internet in Africa: technological stability and affordability. The major difficulty in is a stable, high-speed connection that also provides a flat rate for data—an impediment to many users not just in Africa but around the world.

“The problem has always been a cost issue,” said Ellington Kamba, a research analyst with the BBG. This must be at the forefront of any proposed plan for Internet or media development in Africa.