Distorting the News in Africa: How Dictators Have Tried to Shape the Media Landscape to their Liking 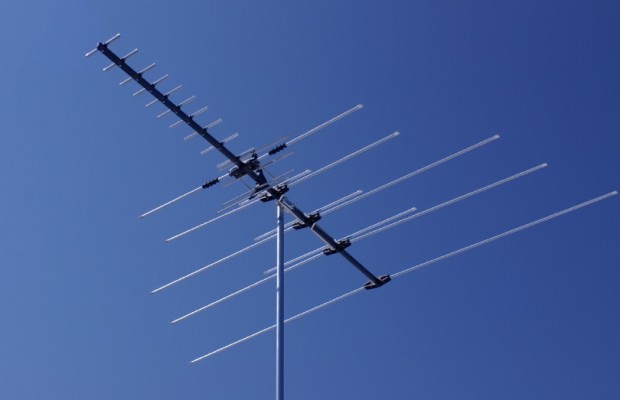 In response to the influence of Western media in their countries, African dictators have ramped up nationalistic and pan-African propaganda through government-sponsored media. These media outlets spend their time either painting an overly rosy picture of the situation in Africa, or attacking Western governments. In both instances they serve the needs of the African dictators who sponsor and fund them.

The first French-speaking black African leader to launch a pan-African TV station was the late Omar Bongo Ondimba, the former president of Gabon, who launched Telesud in 1997. Based in Paris, Telesud was meant to positively influence how Gabon was presented in France and Francophone Africa. Unlike newer Pan-Africanist TV stations, Telesud is not overtly nationalistic, anti-French, or anti-Western. A similar station is Africa 24, the French-speaking pan-African TV station based in France and sponsored by president Nguema of Equatorial Guinea. The television station presents Africa in a good light to counter negative coverage from Western media. Africa 24 specializes in covering African presidential elections and receives financial support from African governments to exclusively broadcast favorable reporting.

Based in Douala, Cameroon, Afrique Media was founded in 2000 with the support of Paul Biya, Teodoro Obianga Nguema, and Idriss Deby, the presidents of Cameroon, Equatorial Guinea, and Chad. Accordingly, it also has offices in Malabo, Equatorial Guinea and Ndjamena, Chad. In contrast to Africa 24, Afrique Media explicitly uses anti-western rhetoric, particularly one that is aimed at the French. Today, Afrique Media is one of the most popular TV channels in Francophone Africa. Its mantra is simple: bash France and the West. Afrique Media has contributed to many Africans, especially Cameroonians, believing that the Boko Haram insurgency is financed by France. Speaking in December 2015, Henry Diabate-Manden, a journalist and former star presenter with Afrique Media told me that the objective of the sponsors of Afrique Media was to manipulate the population to support Paul Biya and to turn against France. The populist manipulations of Afrique Media have also succeeded in overturning the popular support that the United States had in Cameroon after sending troops into the region to help fight Boko Haram. Thus, Afrique Media has succeeded not only in fanning hatred against Westerners, but in painting individuals or political parties seeking change as Western puppets.

Congo-Brazzaville also plays a leading role in government-sponsored Pan-African media. To get international visibility, Congo-Brazzaville, along with Cameroon, Gabon, Chad, Equatorial Guinea, and the Democratic Republic of Congo, have earmarked extravagant budgets for a Paris-based, pan-African, French language magazine called Jeune Afrique. According to a source who works at the Department of Communications of the Presidency of the Republic, Congo earmarks an annual budget 1 billion CFA Francs (approximately $1.7 million) for Jeune Afrique. The government of Congo-Brazzaville also exerts editorial control over Forbes Afrique, the French-language African franchise of Forbes magazine, thanks to a close relationship between Lucien Ebata, the CEO of the DRC-based Orion Oil Group and President Nguesso’s son, Denis Christel. Ebata obtained the franchise of Forbes Afrique and since then its reporting has been remarkably supportive of the current regime. In part, this is due to government financing. Basile Ikouebe, the former Congolese Minister of Foreign Affairs said in an interview in 2014 that the state earmarked 500 million CFA Francs (approximately $860,000) in July 2014 for Forbes Afrique to host its conference in Brazzaville.

Congo-Brazzaville is also a shareholder in Africanews, the African subsidiary of the pan-European TV station Euronews. Euronews prides itself on its objectivity and independence. Michael Peters, director of Euronews, claims that they chose Congo for the station’s headquarters because they received assurances of editorial independence from the Congolese government. Besides participating financially in the establishing of Africanews in Pointe Noire, Congo’s commercial capital, another strange thing is that the Congolese government is planning to construct a building in Brazzaville that will serve as the headquarters of Africanews. Despite assurances of editorial independence, Africanews has done very little reporting on the massacres taking place in the south of Brazzaville and the Pool region that took place in the wake of last years rigged presidential election, and which have been confirmed by Amnesty International.

Recently, the government of Congo-Brazzaville gave FCFA 1 billion (approximately $1.6 million) to Anecdote, a Cameroonian media group, to open a new TV station in Brazzaville called Vision 4. When two journalists of the station named David Eboutou and Patrick Sapack leaked the news to me, I published it on Facebook and they were arrested at the instigation of their boss, who is close to the ruling party. With the arrest of both journalists, it shows that the multiplicity of TV stations is not synonymous to freedom of expression in Central Africa, especially given that the stations are all supported by regional governments.

Fortunately, local populations are beginning to realize that the Pan-African media are not defending their cause. These stations are often not reporting the reality on the ground, which often includes abuses of power by the governments that sponsor them. Currently, according to the most recent viewership data, populations in Francophone Africa are turning to western media and social media to get information, because they no longer believe in state sponsored outlets or the so-called Pan-African media like Afrique Media, Africa 24, Africanews, and others.

Elie Smith is currently a visiting fellow at the National Endowment for Democracy. He is a Cameroonian journalist, reporter, and translator who has worked with a number of Central African and French media outlets, including Télésud, France 24, Canal France International, and Radio France International.  He served most recently as director of the MNTV television station in Congo-Brazzaville, where he encouraged the practice of investigative journalism and helped promote free speech by providing a safe space for politicians and civil society activists to express their views.