Ethiopia is Unshackling the Media, but True Independence Will Depend on Reforms 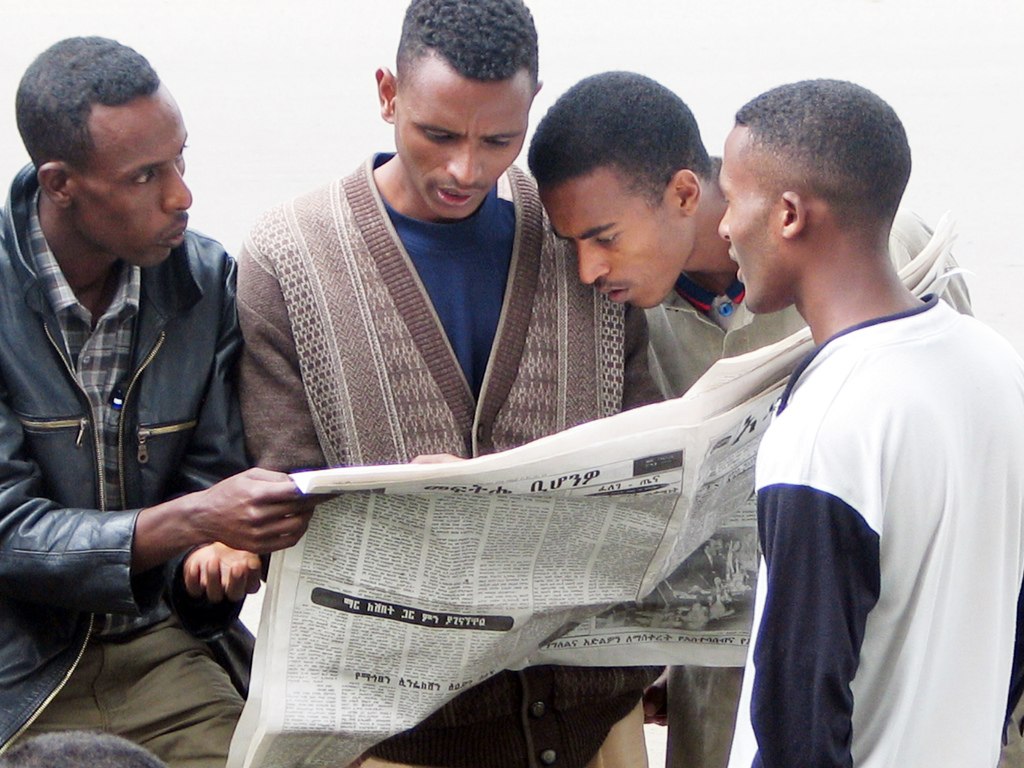 Just a few months ago, Ethiopia was one of the countries with the highest number of imprisoned and exiled journalists. Now, a new prime minister is promising that his government will respect freedom of speech as part of a swift move toward democracy.

“Building democratic institutions is a matter of survival for us,” Prime Minister Abiy Ahmed said. “Freedom is not a gift granted from government to its people; but rather a basic human right.” The prime minister promised the nation’s citizens in the nationally televised address that his new administration will communicate effectively, listen to its critics, and provide accountability.

As the prime minister moves to make good on this promise, however, he is confronting the challenge of transforming a communications sector that has been built for authoritarian control in a political environment that is still fractured by deep ethnic and political divisions. His government has already eased off on the more active forms of suppression, but recent announcements suggest his administration is contemplating a pathway to more fundamental reforms, including of its laws, media market regulations, and the vast machinery of state-owned outlets.

An unexpected political turn and a sudden opening

Abiy came to power through a fast-moving and frequently surprising turn of political events that culminated in early 2018 from a three-year period in which a spiral of anti-government protests and violent government repression had threatened to plunge the country into a civil war. Abiy quickly signaled his intention to be a liberal reform, emphasizing in his inauguration speech in April the need for an independent, vibrant, and responsible press that informs and leads the conversation in efforts to bring reconciliation and build national consensus.

In late May, an Ethiopian court dropped prolonged anti-government charges against two US-based satellite broadcasters:  . Charges against OMN executive and activist Jawar Mohammed and Berhanu Nega of the Patriotic Ginbot 7 opposition group, who was previously sentenced to death in absentia for terrorism and assassination plot charges, were also dropped the same day.

Once dubbed anti-state, OMN sent a delegation to Ethiopia to make preparations for the home coming of the exiled media institution. By June, OMN was broadcasting live from a political rally organized in support of the Prime Minister in the capital Addis Ababa. The event, however, was also a reminder of the fragile state of Ethiopia’s transition, with a grenade attack that claimed two lives.

In another step that augured well for media freedom, Ethiopia’s long-time opposition leader Merera Gudina, who had been recently released from prison, was appointed in July to the board of the Ethiopian Broadcast Corporation (EBC). The EBC oversees the state’s radio and television channels and has a dominant presence in a country where only a handful of private broadcast stations are allowed to operate under heavy political scrutiny.

The gestures, though seen as positive steps, have been followed by calls for fundamental media and communication reforms.

Until recently, Ethiopia was one of the five countries cited for jailing two out of three journalists imprisoned worldwide. Following prolonged violent anti-government protests, the government had decided to release imprisoned journalists, bloggers, and political opponents with the hope of ushering in a new era of reconciliation.

Media advocacy groups have long criticized the overreach of the anti-terrorism law that came to effect in 2009 with consequences for journalists covering stories or writing opinions not in line the state doctrine. The now released journalist Eskinder Nega, who had been sentenced to 18 years of imprisonment under the anti-terrorism law, had become a symbol of the edict’s abuse.

Ethiopia’s new leader has initiated efforts to revise legislation deemed detrimental for democratic progress including media, civil society, and anti-terrorism laws. An independent advisory group has been established, and discussions are underway with government, civic, and media leaders to amend or repeal laws that have resulted in widespread local and international criticism.

Ethiopia’s new government communications minister Ahmed Shide said last week that the country can expect institutional and legislative improvements. “Media and communications reform is one of the high priority sectors for this government,” the minister said.

Media ownership and funding are important considerations if the media landscape in Ethiopia is to thrive. The majority of Ethiopia’s population relies on state-run or ruling party-affiliated terrestrial broadcasting or opposition-run satellite programming. The dissemination of news and information is highly polarized along political, ethnic, and other allegiances. The watchdog role of the media is diminished through structural, economic, and legal challenges.

Thus media growth is either stifled or driven by political agendas; truly independent media in Ethiopia remains a rarity, mostly a privilege of those living in the capital, and even there in short supply. Efforts should be focused on building capacity for media houses and creating a level playing field where the business gains of media houses are determined by the marketplace.

Persecution, cooptation, or exile have been the only options available to Ethiopia’s journalists for many years. Restrictions imposed by the country’s Charities and Societies Proclamation enacted in 2009 to regulate civil society has curtailed the ability of free media advocates to carve more space.

Members of the once vocal journalists’ union, the Ethiopian Free Press Journalists Association, were forced into exile over the past decade. In the years to come, coopted associations started to take center stage, appearing on state-run television debates as media representatives, while in reality they were regime apologists.

These ways of the past can no longer be the way forward. The heavy-handed control over the sector by government communications and licensing offices should give way to self-regulation, driven by professional unions and mechanisms such as codes of ethics.

Think tanks and education centers should be allowed to be established without restrictions to their funding and ownership. A swift and rigorous training effort must be put in place in schools and media houses, inviting if necessary exiled journalists and professors to help in the effort.

Ethiopia’s new government says media and communications reform is a top priority. Respecting freedom of information rights and creating systems and processes where citizens and journalists can be granted access to public information is among the promises. Once closed to independent media enquiries, government communications offices are responding to calls from the press. These are positive first strides forward, but long-term success will likely depend on the fundamental reforms mentioned above.

Henok Fente is an Ethiopian journalist and media educator with 15-years of experience in broadcast and print media. Henok is experienced in creating and launching youth shows, he has successfully conducted media training projects in Nigeria, Ethiopia and Kenya. He is based in Washington DC. Follow him on Twitter at @HenokFente