The Growing Trend Toward Criminalizing Free Speech in Africa 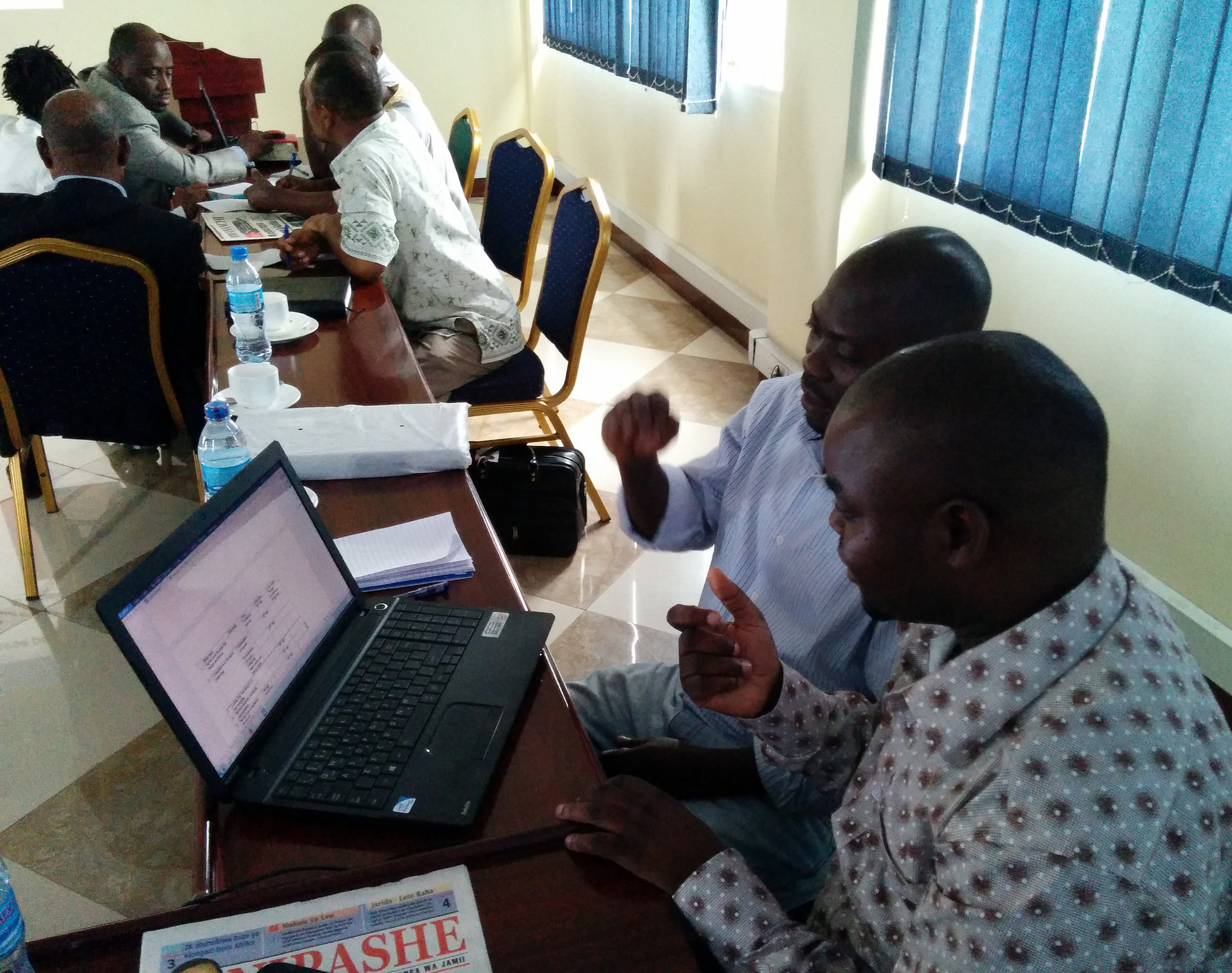 Newspaper journalists in Tanzania set up an online media platform. Photo by David Brewer and licensed via Creative Commons.

Over the last two decades, many African countries have progressed from repressive governance, including suppressing dissenting opinion, to democracy, opening some space for freedom of expression. Thirteen countries, including Sierra Leone, Tunisia, Côte d’Ivoire, Liberia, Nigeria, Rwanda, South Africa, and Uganda have passed access to information legislation and held multiparty elections. In the process, these countries became more democratic, allowing political opposition and the media to operate relatively free from government interference.

While multiparty democratic electioneering has become the norm in many places on the continent, in countries like Ethiopia, this norm is basically a charade in which the ruling party wins 100 percent of the parliamentary seats in elections. In other parts of the continent, term limits have become an endangered species. Strongmen are the order of the day in such countries even in the face of internal opposition and the threat of civil war.

Democratic reversals continue to pop up across the continent, whether from the short-lived transition from dictatorship in Egypt, or the constitutional problems in Burundi, Democratic Republic of Congo, and Rwanda.

The apparent reversal of good governance on the continent has come along with moves in many African states to repress the media and stifle dissenting voices by enacting anti-free speech laws. In 2015, the Tanzanian Parliament passed two laws that were viewed by many as attempts to clamp down on dissent in the country. The Statistics Act of 2015 and the Cybercrime Act have been widely derided by journalists and civil society as an overreach on the part of the government geared towards silencing the media and independent voices.

The Statistics Act of 2015 makes it illegal to quote/publish statistical data in Tanzania that does not come from the government’s National Bureau of Statistics (NBS) or is not certified by that office.

In response to a story published by the Washington Post in May 2015, the head of Tanzania’s NBS posted a comment to the Post’s story stating that:

It should be clarified that the Statistics Act 2015 governs only Official Statistics. Official Statistics are defined in the Law as statistics produced by the NBS, government institutions and agencies. Statistics from the agencies must adhere to the fundamental principles of official statistics and endorsed by NBS to be considered as official. The act does not prevent researchers and other stakeholders from collecting data and publishing their own statistics.

For its part, the Cybercrime Act gives police huge latitude to intrude on people’s privacy without first seeking a court warrant. This is something that is clearly anathema to proper rule of law in any civilized society.

On Thursday, January 28, 2016, Reporters Without Borders condemned the Tanzanian government for using the country’s Newspaper Act of 1976 to arrest two journalists, and permanently banning the Swahili-language weekly newspaper Mawio. This demonstrates that government officials are willing to use laws to repress alternative points of view.

In late 2015, the Nigerian Senate started discussing the passage of the country’s version of a cybercrimes bill to criminalize the usage of mobile phones, computers, and other electronic forms of communication to send false text message or post falsehoods on social media. Though Nigeria’s President Gen. Muhammadu Buhari is reportedly not in favor of the bill and stated his commitment to “the protection of free speech in keeping with democratic tradition,” it is of great concern that the parliament would seriously take up the discussion of such issues.

It is worth noting that there are many legitimate cybercrime issues that warrant appropriate legal measure to combat. Internet scams from Nigeria and many African countries have steadily become a global issue for many years now. Unfortunately, however, many countries have blurred the lines between actual cybercriminals and the criminalization of speech, which ultimately undermines the civil liberties of all citizens.

At the 66th World Newspaper Congress held in June 2014 in Torino, Italy, the board of WAN-IFRA, asked “the President of the United States to encourage all African heads of state attending the U.S.-Africa Summit to” repeal criminal defamation and free all imprisoned journalists. And while the inaugural U.S. – African Leaders Summit was held a couple months later, not much  has changed since as it relates to the repeal of criminal defamation laws. Some journalists have been released from prison, however many  remain prisoners of conscience.

The troubling examples from Tanzania and Nigeria demonstrate how many countries in the region still do not fully respect the independence of the media and are seeking new ways to limit free speech in the age of the Internet. Unfortunately, these anti-democratic moves are becoming a regular occurrence on the continent. African watchers need to pay particular attention to regional African powers and their move towards or away from democratic tenets. In the Southern African region, South Africa’s democratic leadership is key and should be closely followed, especially given recent attempts there by its government to  reverse access to information gains.

Africa’s civil society and media, working with their international partners, must draw attention to these issues and work towards countering these anti-democratic moves. More support needs to be marshalled to push countries to first sign the Declaration of Table Mountain and then effectively implement its provisions.  While this work is not easy, promoting a free and open media throughout the African continent is imperative for the region to flourish democratically.

Lamii Kpargoi is Reagan-Fascell Democracy Fellow at the National Endowments for Democracy. He is a civil society activist, journalist, and lawyer who currently serves as officer in charge of the Liberia Media Center, where he works to foster transparency and bolster media capacity through trainings and research.