The International Community in Ethiopia is Wrong: It Can Do Much More to Protect Ethiopian Journalists and Freedom of Speech 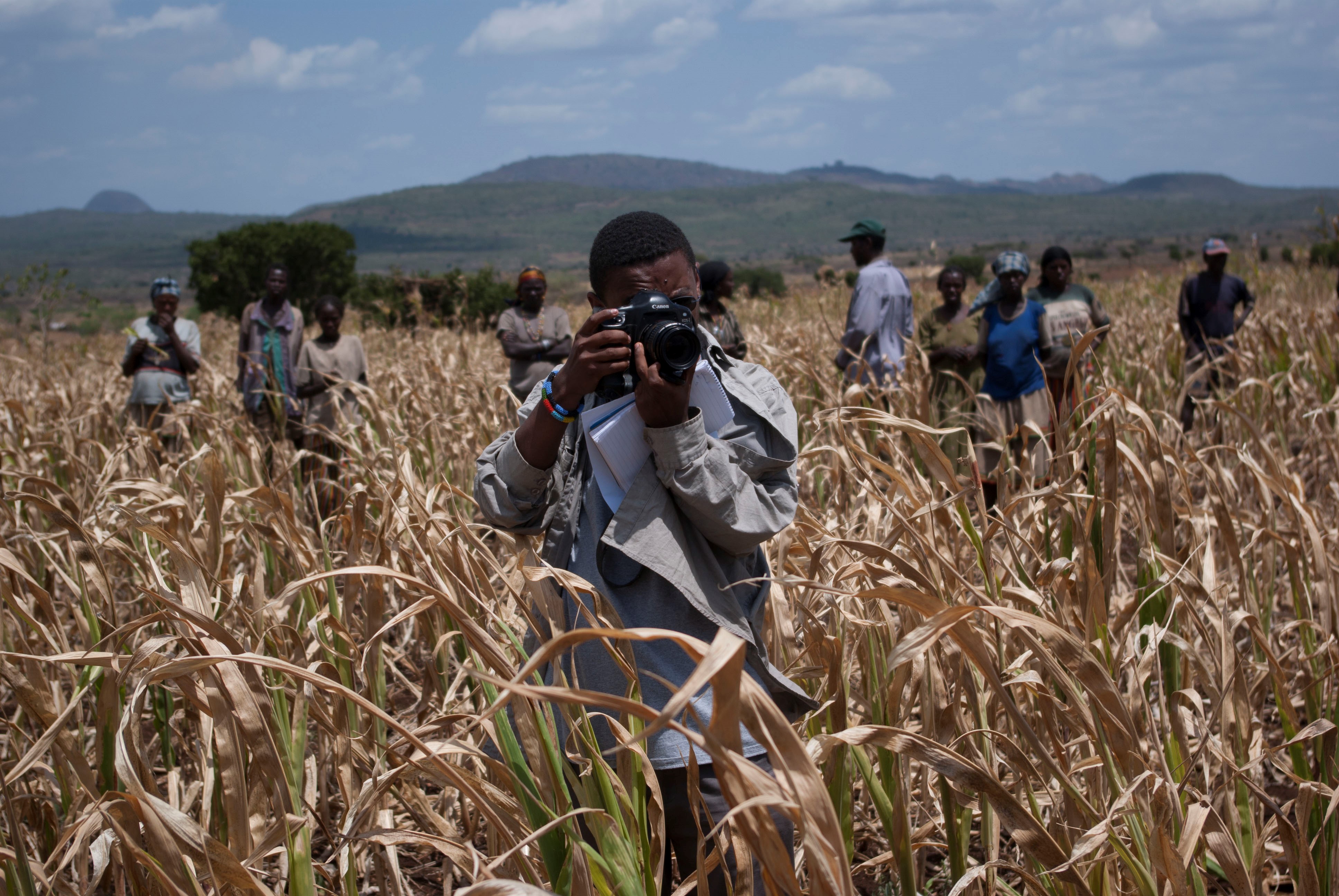 Tesfalem Waldyes, a journalist from Ethiopia, snaps a picture in the countryside during a tour of drought-stricken areas organized by the World Food Program.” Photo: Nicholas Benequista.

There is a common perception in the international diplomatic community in Addis Ababa that putting public pressure on the Ethiopian government to improve human rights and other basic democratic freedoms is likely to backfire. Ethiopia’s current government—which has been strongly influenced by Ethiopia’s unique history of independence in the colonial period and as well as its more recent origins as a scrappy guerrilla group —can indeed be unyielding, if not retaliatory, when faced with foreign pressure.

But too often this perception, true or not, is used as a pretense for silence, or inaction, when journalists and bloggers face intimidation or arrest for simply doing their job, or for exercising their right to freedom of expression under the Ethiopian constitution. A blogger who was previously jailed, Seyoum Teshome, was arrested again this week, adding to the ten journalists and bloggers already in prison, and to many other writers living in exile outside of Ethiopia.

Ambassadors and heads of agencies are undoubtedly concerned about such democratic restrictions, but feeling they have no other options carry out a tactful and quiet approach to diplomacy that does not jeopardize their joint interests with Ethiopia in security and commerce, or put at risk substantial aid portfolios that do genuinely hold the livelihoods of millions of Ethiopians in the balance. But they are wrong to think that they cannot do more.

The actual implementation of these recommendations is, of course, fraught with many significant challenges and obstacles, but none that cannot be overcome with the appropriate expertise, knowledge, and skills. The international community in Ethiopia simply needs to decide that this is a priority. They cannot continue to cling to the same old excuses for not doing so.

Nicholas Benequista is the Research Manager & Editor at the Center for International Media Assistance.