Wrap Up: Media in Fragile States 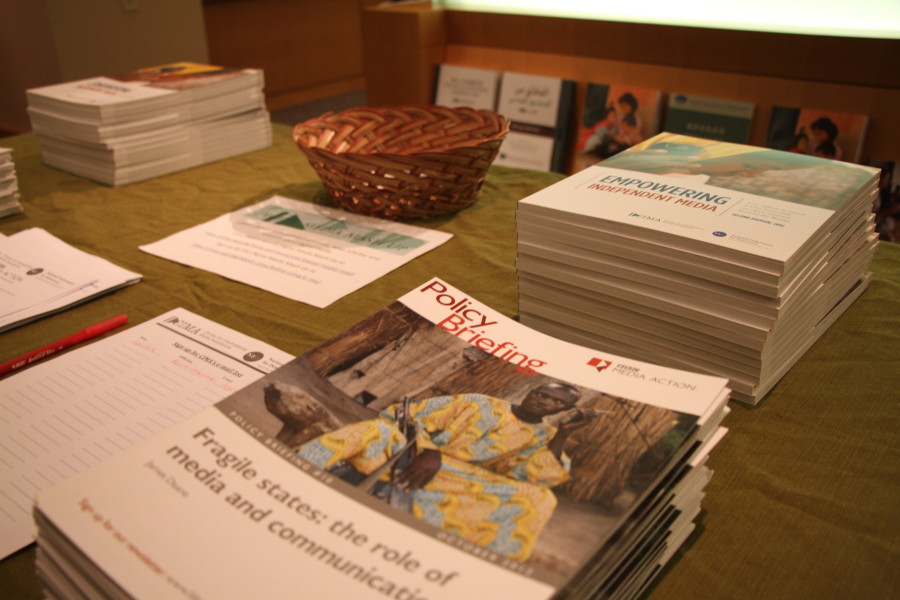 Including media in fragile states’ development

Despite a snowy week in Washington, CIMA held a discussion cosponsored with BBC Media Action about challenges and opportunities that media in fragile states present to policymakers around the world.  The conversation focused on the successes in countries throughout the world, but two major themes arose from this discussion.

First, fragile states are extremely complex due to each of their individual political and economic environments.  Additionally, the term “fragile state” is defined differently by multiple organizations. Beyond definitions, fragile states are often also fragmented states where relationships are difficult and establishing a shared identity is extremely challenging.

Second, the panelists were in agreement that there is truly no such thing as a one size fits all model. As USIP’s Michael Dwyer mentioned, donors often use end points to create their strategies rather than looking at each individual countries starting points. This creates an environment where donors flush funds into a country without, as James Deane of BBC Media Action discussed, examining the situation of the state and coming to the table for an intelligent conversation.

Dwyer: we take end points rather than looking at each individual country as a starting point when thinking about #mediadev #cimaevents

The discussion concluded with consensus among the panelists that media needs to be included in the overall development and human rights conversation.

One thing I’ll be taking away: If you’re worried about the media in a country, that’s all the more reason to engage with it. #cimaevents

If you missed the event, you can watch it in its entirety here. To read BBC Media Action’s report, click here.