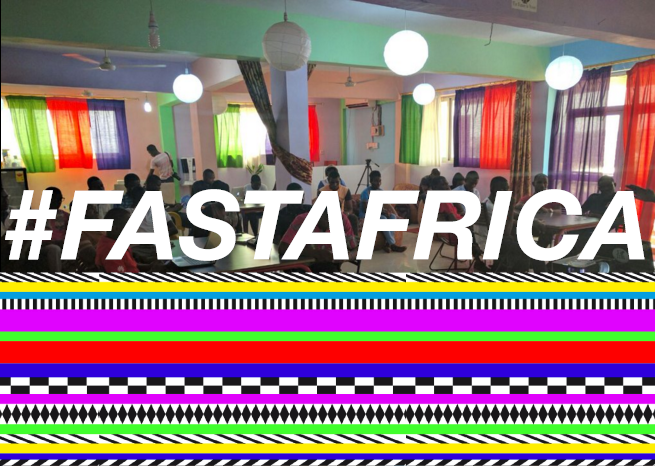 Editor’s Note: This week the Web We Want initiative of the World Wide Web Foundation is sponsoring the F.A.S.T. Africa: Full Internet for All week of action. The goal is to raise awareness about the need for high speed Internet throughout Africa. CIMA supports efforts to address the digital divide in Africa. Please check out this map to see the various events organizations are hosting this week to raise awareness.

Information communication technologies (ICTs) present many opportunities for building participatory and inclusive societies. They enable activists to create social platforms through which to mobilize, build campaigns, raise awareness, promote transparency, hold governments accountable, and facilitate decision-making. They also hold the potential to broaden the space for civic participation, overcome resource challenges, and undo entrenched monopolies of power. In my own work organizing youth campaigns in Cameroon, I have found that in spite of this potential, poor Internet accessibility continues to affect both the exploitation and benefits of ICTs. This is even though a number of metrics used to gauge technological development on the continent have indicated a rapidly changing environment.

In order to evaluate how ICTs have enhanced the work of organizations and the deficits that still exist, I hosted an online discussion  on April 7, 2016, on the Role of ICTS in Enhancing Policy Reforms and Movement-building in Africa. On the panel with me were Tidiani Togola, founder of Democracy Tech Squad and Tuwindi Foundation, in Mali, Samson Itodo, Head of Research Policy and Advocacy at the Youth Initiative for Advocacy, Growth and Advancement (YIAGA) Nigeria, Fatu Ogwuche, is an independent IT consultant from Nigeria, and Kuda Hove and Prince Jones both from Veritas Zimbabwe. Watch the archived video of our discussion below.

We discussed the relationship between ICTs and democracy. This included how panelists have used ICTs to influence policy and new ways that ICTs could be used to promote networks such as the African Democracy Movement and other initiatives like the VOTE 18 Campaign that my organization is leading in Cameroon in hopes of reducing the voting age from 20 to 18 years. I would like to share a few perspectives on the ICT environment in Africa, while taking stock of the work our panelists realized within this context and then make conclusions about the way forward.

Africa’s population, is estimated to be about 1.1 billion. Of that only around  331 million of that number, have access to the Internet. In 2015, StarTimes Group, at its 5th African Digital TV Development Seminar in a document titled, Content Building in the Digital Era, reported that there are about 722.5 million mobile phones on the continent, with 127.5 million of them smartphones. Low-cost smartphones and affordable mobile broadband packages are bringing more and more people online in Africa.

However, barriers relating to the level of technological infrastructure, cost, cultural, linguistic and other social obstacles, low political will to address related gaps and a lack of useful content, diminish levels of access. Internet penetration rate for Africa stands at 28.7 percent (the lowest in the world), while mobile subscription rate is about 70 percent but rapidly growing. In 1999, for example, Safaricom projected that Kenya as a whole would have a total of 3 million mobile subscriptions by 2020. And yet, that number was surpassed by the end of 2004, and by September 2014 there were 32.8 million subscribers in Kenya, 10 times higher than predicted by Safaricom. However, national and regional differences are substantial.

The relevance of ICTs also depends on who has control over information flow, potentially influencing levels of access and security. With the exception of Senegal, which will be the first African country to establish an open access policy in 2016, encouraging the creation of open platforms free and accessible for all researchers, innovators, teachers, students, media professionals, and the public, that other countries on do not have.

This context presents a unique reality for reformers wishing to leverage the power of ICTs in their work. Because of these access barriers, which currently limit ICT use, they must strike a creative balance between traditional forms of outreach while tapping into the potential offered by ICTs.

The experiences of my panelists were wide-ranging and creative. For example, Ogwuche shared her experience with election-monitoring in Nigeria. She worked in a situation room at the Independent National Electoral Commission, where they got direct reports from observers about the situation in the field. These responses were fed into a central system, and led to a highly responsive approach to election organizing issues. This consequently improved the quality of the process. She was subsequently invited to Ghana to replicate the same model during the Ghanaian elections in 2012.

Even in areas where there is no Internet access, we can still make use of ICTs. For instance, in Cameroon, instead of doing an online survey for our Vote18 Campaign, we went out to the field to hear and record opinions from as diverse sources as possible. Similarly in Zimbabwe, working with groups that had grass roots outreach and encouraging the use of SMS text messages was the approach used by VERITAS to ensure that grassroots communities without access to the Internet are able to benefit from their programs. They partnered with community-based organizations and packaged and translated their material into local languages so that they could be distributed offline. They also used USB memory sticks to distribute their audio-visual programs and informational material in communities with little access.

Panelists also mentioned that activists needed to ensure their safety by being careful about passwords and level-headed in advocacy while dissenting objectively. Indeed, the beauty of democracy is the opportunity for dissent and it is necessary to encourage the respect for different opinions, which can be enhanced by ICTs. Ensuring inclusiveness by addressing issues of language and access for the blind and deaf were also deemed important. Panelists agreed that it is important to ensure accessibility to ICTs as a human right as echoed in the African Declaration on Internet Rights and Freedoms–a document proposed by civil society organization on the continent in 2014–but many African countries still have a long way to go in terms of living up to its aspirations.

As we move forward it is clear that ICTs hold an important place on the future of the African continent. As ICTs continue to expand in Africa, activists must incorporate strategies to integrate them into their work because they hold a potential to engage people faster and in larger numbers than ever before. Even though their span and accessibility in Africa is currently limited, their influence is growing. In their work to enhance democratic development through the Internet and related technologies on the continent, reformers, where appropriate, could adopt approaches that strike a balance between the new and traditional mechanisms that will enable us to bridge the digital divide.

Ateki Seta Caxton is the Executive Director of Network for Solidarity, Empowerment and Transformation for All in Cameroon, where he works to empower youth, and promote peace and democracy. He is a current Hurford Youth Fellow at the National Endowment for Democracy. During his fellowship he is focusing on the role of technology in engaging youth in politics and will explore how online campaigns can be used as a tool to address legal reforms. Following his fellowship, he plans to develop a campaign to reduce the voting age from 20 to 18 in the 2018 general elections in Cameroon.