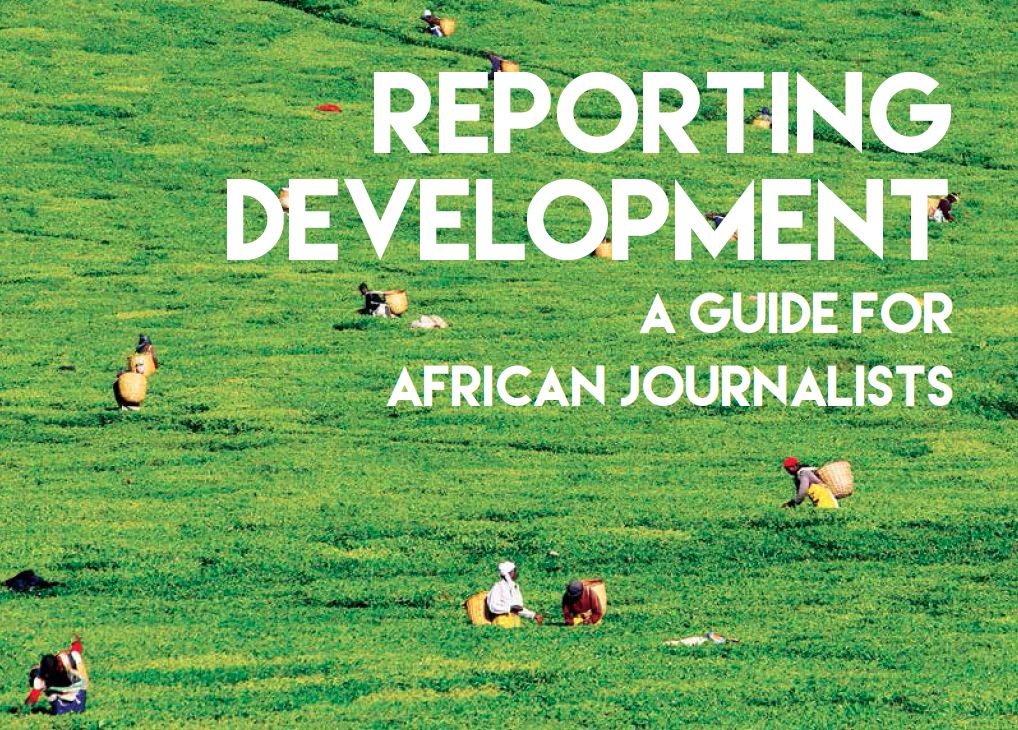 Development journalism in Africa has often been labeled as boring, too positive, and even abstract. It is a world away from the popular journalistic mantra “if it bleeds it leads” according to former BBC Africa journalist Joseph Warungu, whose Nairobi-based organization AfricaonAir spearheads development journalism training in Kenya. Warungu is co-editor of the European Journalism Centre’s (EJC) new publication Reporting Development: A Guide for African Journalists.

Like much of global media output, the daily news diet of African media audiences consists primarily of national political news, celebrity gossip, and sports. While it would seem natural that stories on development issues fill the pages and airwaves of Africa’s media, in fact they do not.

But catalysts for change could be around the corner. With the recent agreement of the United Nation’s 17 Sustainable Development Goals (SDGs), which are the core of the UN’s 2016-2030 development policy, media professionals in Africa now have a comprehensive, new platform to truly focus on the development story in Africa. This will mean a move away from the poverty-driven focus of the UN’s earlier framework, the Millennium Development Goals. Thus, opportunities will open within the SDG framework for African journalists to monitor and hold political leaders accountable for their commitments as the implementation phase begins in 2016 and as the specific indicators start to come online for each of the 169 targets that comprise the Sustainable Development Goals.

Even African media owners are coming under pressure to focus more on the public interest in their content output. At an African Media Leaders Forum in November organized by the African Media Initiative in Johannesburg, President Ameenah Gurib-Fakim of Mauritius said, “Media owners and practitioners must be active, not passive in tackling development topics, generating local solutions while nurturing citizen engagement and development debate.”
Reporting Development: A Guide for African Journalists seeks to play a role in this process by bringing focus to time-honored techniques for producing top quality, high-impact development reports at the pan-African level while also taking into account the particular contexts and constraints of working as a local journalist in Africa. Development stories of impact are out there, and African audiences want to consume them. Decision makers, civil society, and the public at large can be strongly influenced by timely, hard-hitting, compelling, and factual development reporting undertaken by society’s watchdog–the media.

Reporting Development: A Guide for African Journalists was produced by the European Journalism Centre in cooperation with AfricaonAir, and the E-jicom journalism training school in Dakar, and is available for free download here.

Hamadou Tidiane Sy is a Senegalese journalist and co-author of the Reporting Development: A Guide for African Journalists. He has previously worked for international news organizations and now heads E-jicom.
Josh LaPorte is an advisor for the European Journalism Centre’s new global media development initiative “No News is Bad News”