The Weaponization of National Security Against Nigeria’s Free Press 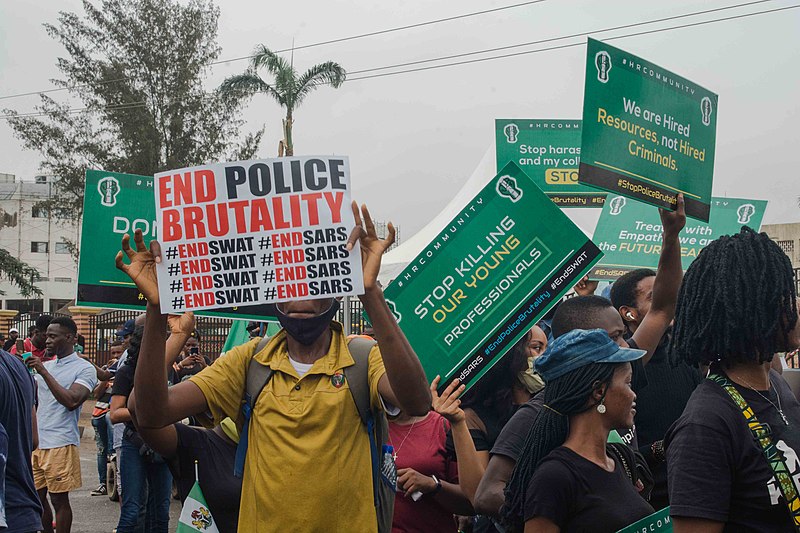 Nigeria’s ever-increasing security concerns are being weaponized by the government to crack down on news media in the country and shrink civic space. The moves pose a clear threat to citizens’ right to free speech and their ability to hold authorities accountable. A few days after the government banned Twitter following the deletion of a tweet by President Muhammadu Buhari, the National Broadcasting Commission (NBC), Nigeria’s broadcast regulator,  issued an official statement directing local broadcasters to cease using Twitter for newsgathering and reporting or as material for phone-in commentary. Citing national security concerns, the statement warned that broadcast organizations that continue to use Twitter will be deemed as “unpatriotic.” Violations of NBC codes can attract hefty fines, which can cripple news organizations’ operations. This latest directive has been criticized as an attempt to gag or control the national narrative.

Network shutdowns are also getting more frequent in states such as Zamfara and Kaduna. The government has justified these tactics by claiming that they are part of its efforts to rid certain parts of the country of insurgency or banditry. The shutdowns halt all telecommunication services and make it almost impossible to conduct media business, such as newsgathering, scheduling interviews, or basic communications among colleagues in newsrooms. For many independent news organizations that are critical of the government and operate online, the shutdowns halt their operations and create an information blackout. Media groups say the shutdowns threaten freedom of expression in the country and violate citizens’ constitutional rights to receive and disseminate information. Already, Nigeria ranks 120 out of 180 on the World Press Freedom Index due to the many ways it represses the press.

The weaponization of national security is particularly worrisome because elsewhere on the African continent we can see examples of authoritarians using internet shutdowns to target journalists, shrink the civic space, and limit freedom of expression. In Eswatini, a crackdown on pro-democracy activists and an internet shutdown also targeted journalists, which made it difficult for journalists to report on events in the country. Security forces in Sudan have systematically cut off journalists from the internet to prevent them from reporting on events surrounding the coup in the country.

While accountability groups and individuals are suing the Nigerian government with the hope of preventing future shutdowns ahead of Nigeria’s general election in 2023, it is increasingly concerning that shutdowns might be used to control reporting about the electoral process and the transition of democratic power in Africa’s most populous nation. In the aftermath of the #EndSARS protest against police brutality, which was mobilized via Twitter, the Nigerian government banned the microblogging site for “sponsoring dissent” in the country. The ban on Twitter—a tool used by millions of young people and journalists—painted a clear picture of the extent to which the government was willing to go in order to control the spread of information.

Before Uganda’s shutdown of the internet on the eve of its presidential elections early in 2021 to prevent foreign interference in the elections, the country had a history of disruptions and crackdowns on journalists and opposition figures. The successful internet shutdown and crackdown on the media in Uganda and other authoritarian states on the continent has signaled the possibilities to other authoritarians. The invocation of national security months ahead of Nigeria’s election as a reason to cut critical communications and prevent accurate reporting of events from regions plagued by insecurity might be an indicator of what is to come.

During the #EndSARs protests in Nigeria, journalists reported slower internet connections, especially in places like Lagos and Abuja—an indication that “throttling” was taking place. Throttling is the intentional slowing of internet speed to make it difficult and sometimes almost impossible to upload videos, access websites, or download information. If journalists cannot carry out news gathering and reporting due to slowed internet connections in certain areas during the 2023 general elections, they will not be able to effectively document the results, the election process, or other newsworthy events. This can lead to election fraud, a lack of accountability, underreported human rights violations, and even the spread of disinformation.  It can also lead to violence and arbitrary detention of journalists, who typically rely on the internet to raise alarms. Shutdowns happening months ahead of an election also make it challenging for journalists to disseminate useful and timely information so that Nigerians can make informed socio-political decisions.

Nigeria’s Campaign of Obstruction and the Future of Media Development

In the short term, the weaponization of national security to stifle the press makes it difficult for journalists to tell critical stories. It also allows for the spread of disinformation and for abuses to be carried out against journalists, which causes a backsliding in the values that media development organizations advocate.

While it is will be difficult to bypass these repressive tactics, media development actors should consider approaching their activities in Nigeria and other countries in Africa with similar circumstances to build the capacity of local media for resilience. For many newsrooms, there is little capacity to monitor and predict trends within the country’s information space, there are few or no risk assessment mechanisms for journalists reporting in dangerous situations, and there is often scant information about ways to circumvent internet shutdowns or the sudden seizing of operational funds. Investing in these key areas will contribute to the sustainability of local media and is important if the work of media development organizations is to continue in the country, regardless of the political situation.

Senami ‘Sena’ Kojah is an award-winning freelance investigative journalist. She has worked with Sahara Reporters as a journalist and news editor and with Tin City 104.3 FM where she was the deputy head of news and current affairs. She has also worked with the BBC as a researcher, and for Climate Tracker as its Africa programs manager and has written about media in Africa for the International Journalist’s Network. Senami has a master’s degree in mass communication from the University of Jos in Nigeria. She is currently a Reagan-Fascell Democracy Fellow at the National Endowment for Democracy, where she is researching the use of cost-effective messaging apps to create a model for news distribution that bypasses government censorship in Nigeria. She plans to share this model by way of a training manual for media professionals in newsrooms across Nigeria, with the hope of encouraging wider use of messaging apps as a way of circumventing restrictions on freedom of information in the country.