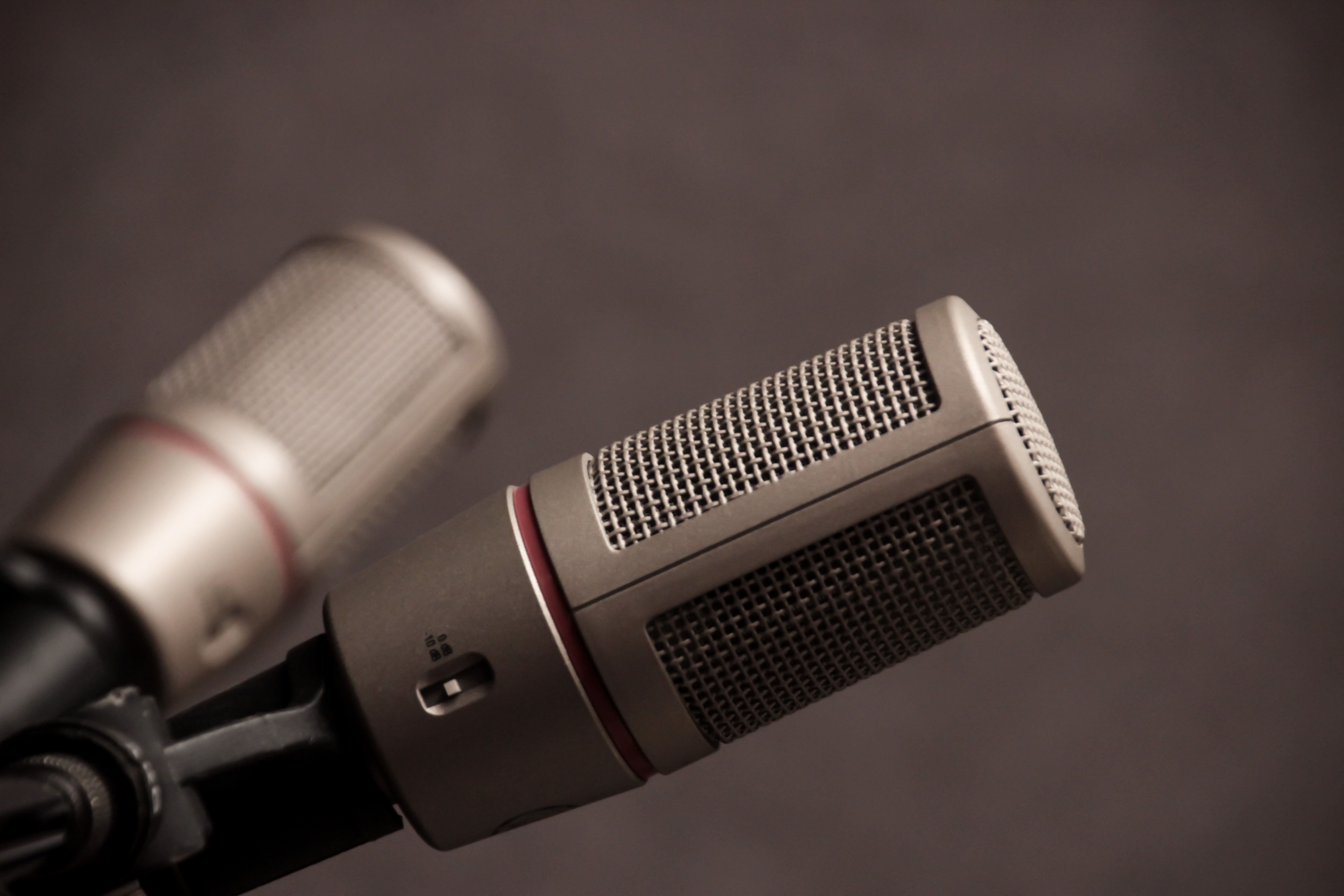 Among the things that have cemented Ghana’s place on the international list of effective developing democracies is the relatively drama-free transfer of power—a feat accomplished seven times in 24 years through free and fair elections, and sometimes through other constitutional means. Just twenty-four hours after the death of a sitting president, John Atta Mills, in July 2012, the vice president was sworn in. In nearby Nigeria, a similar incident in 2010 nearly resulted in a political crisis.

This is not to say that Ghana’s democratic institutions have functioned flawlessly, but that they have been able to peacefully broker a resolution of political and election-related disagreements. In 2012, for instance, the opposition New Patriotic Party (NPP) challenged the results of the presidential elections at the Supreme Court, whereas a similar disagreement might have landed other countries in post-election conflicts. 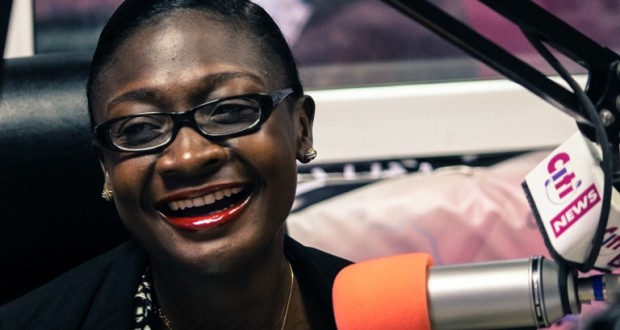 Above and beyond Ghana’s track record at transferring power, however, what gets Ghana the highest praise from the international community is the free media, which is often credited for entrenching democratic values. In full disclosure, as a journalist in Ghana, I am susceptible to flattery on this matter, but various indices and reports attest that Ghana’s media is one of the freest on the African continent, and even in the world. Ghana is ranked 26th on the World Press Freedom Index, above Spain, South Africa, France and the United States. There is no state-sanctioned harassment of journalists over the coverage of stories, and unlike in the United States, Ghanaian journalists are not required by law to give up their sources or face jail time. Though the absence of a freedom of information law impedes their work, Ghanaian journalists continue to expose corruption in government, highlight the derelict state of public infrastructure, and push for accountability. As a Ghanaian and a journalist, I know we are free to say, write, and publish what is considered fair and true. My colleagues and I are intimidated from time to time, but nothing compared to what Kenyan, South African, and Ethiopian journalists endure.

What’s more, we are working in a vibrant and fairly well-resourced industry. According to National Communications Authority, there are over 300 radio stations, 51 television networks, and scores of newspapers in Ghana. The media is lively, engaging, and has worked hard to establish itself as a chief monitor of Ghana’s much-vaunted general elections. It is believed that the media’s active policing of the political space is one of the reasons Ghana’s elections have evolved to become one of the best on the continent.

Despite all these advantages, it has been a struggle to achieve the accountability a free media in a thriving democracy should. Stories about corruption, waste, mismanagement, and incompetence always evoke public outrage, but all the sound and fury seldom wins little more than a face-saving tactic from the party in government.

In 2014, the Sports Minister who presided over a scandalous World Cup trip was simply moved to the office of the President before the Committee of Enquiry set up to investigate the cost of the trip began its work. An exposé by investigative journalist Anas Aremeyaw showed Ghanaian judges on camera taking bribes, including goats and cash, in exchange for throwing cases. The exposé was an affirmation of what many suspected, but two years later not one judge has been prosecuted.  The reforms promised by the Chief Justice at the time never happened. The public hearings and everything else ended after the firing of the 34 judges who admitted wrongdoing.

This broken link—between good reporting and accountability—is my greatest frustration, and I fear it will also ultimately be the source of my country’s undoing, especially with the temptations to corruption and rent-seeking created by the discovery of a vast oilfield in Ghana’s Western Region in 2007.

Ghana is a developing country and it is expected to have some challenges with housing, healthcare, education, and even law and order. However, a country endowed with natural resources andwith a stable economy and a thriving democracy should be making greater strides. Although Ghana’s economy has expanded and yielded a growing middle-class, according to the Ghana Statistical Service, 24.2 percent of Ghanaians still live poverty and eight percent in extreme poverty. The oil find, which was supposed to transform the structure of the economy and improve the lives of many, has not delivered yet. Unemployment is at an all-time high at 11.9 percent in 2015, double the figure recorded in 2012.  The country has a housing deficit of 1.7 million units, a deteriorating public infrastructure, and a weak public health and education system.

The reasons for the failings is clear. In the last six months alone, my organization, Accra-based Citi FM and others reported a case where managers of the national pension fund spent $72 million on a software that should have cost significantly less according to the price listed by companies that bid for the project. We’ve also covered the collapse of two banks where almost 700 people are expected to lose their jobs, and we published various levels of mismanagement of cocoa revenue at the Ghana Cocoa Board.  With so many scandals brought to light by the news media, the public understands that corruption is the reason the country’s development and economic growth has tarried. So why don’t things change?

In my view, there are several possible reasons for the Ghanaian media’s inability to win accountability beyond general elections. First, there is the deliberate weakening of accountability institutions through partisan appointments, lack of funding and government interference. The Commission for Human Rights and Administrative Justice (CHRAJ), which is supposed to promote public accountability and transparency, has been rendered ineffective as a result. There is also the fact that the media, flawed as it is, has become the last and only bastion of accountability in Ghana. It is essentially exposing and pursuing stories and corruption without the active support and involvement of the police, activists, CSOs, Members of Parliament, the judiciary, and the Ghanaian elite. We have no allies — no coalition of the willing to push the bounds of accountability.

The danger with the way things are right now—having a free press with no accountability—is what has yielded illiberal leaders like Tanzania’s John Magufuli, Rodrigo Duterte of Philippines and Hungary’s Viktor Orban. These men swept to power on the belief that strong men are needed to rid countries of corruption and crime have wasted no time suppressing basic freedoms, thereby dismantling democratic structures in the process. Ghana risks falling into the same trap because as Mark Nelson predicts in a soon-to-be-published essay, Redefining Media Development: A Demand-Driven Approach, a strong and independent media is not enough to sustain a democracy.

According to Nelson, “Journalists with strong skills uncover corruption, government mismanagement and other shortcomings, but nothing happens to follow up on their disclosures. Society becomes cynical about the daily drumbeat of media scandals and even starts to blame the media itself for societies’ broader shortcomings.” The cynicism and  resentment of the media, Nelson describes here may not be apparent yet in Ghana but year after year, Afrobarometer reports on corruption indicate that Ghanaians are growing impatient with levels of corruption in public life. It will not take much for them to succumb to the promises of an illiberal democrat who comes with the promise to purge the nation of corruption, rent-seeking and crime.

But Ghana has had a dictator who promised to purge the country of crime and corruption before. It was what Jerry John Rawlings attempted to do in the 19 years he ruled Ghana —where people were murdered or disappeared, businesses collapsed, the economy tanked and everyone lived in fear. Despite this many including former President John Dramani Mahama have said developing countries do not need liberal democracies to develop. In a speech in Nigeria, John Mahama said “while democratic societies are desirable, the question we ask is: are dictatorships all negative? There is no ‘one size fits all’ solution when it comes to what governance system is more appropriate for which nation.” He went on to cite China as a country with a dictatorship that has developed and moved its masses out of poverty. A half-truth, but one that many young Africans including Ghanaians seem to believe nonetheless.

True accountability, however, can quash such untruths about democracy. To ensure this, the Ghanaian media requires the support of a broad group of allies from the government, judiciary, civil society, parliament and an engaged citizenry. A coalition to guarantee that media’s work yields positive results and enhances Ghana’s democracy. It is what Nelson calls the integrated approach to media reform and development, which he says is aimed at increasing “incentives for better media outcomes, that is, creating a news and information environment deeply embedded within society that favors the public interest.” These changes are not only needed guarantee public accountability, but also to protect Ghana’s democracy, media freedoms and above all, the nation’s stability.  It is important for middle-class Ghanaian who have power and stand to lose more to lead the coalition to enhance the work of the media.

Nana Ama Agyemang Asante is co-host of the “Citi Breakfast Show” (CBS), a highly popular, public-interest radio show broadcast daily on the Accra-based station Citi FM. She is also deputy online editor of Citi FM’s news website, www.citifmonline.com, supervising the publication of timely stories and helping to direct national attention toward a range of social issues, including minority rights. From 2011 to 2014, she served as country coordinator for Journalists for Human Rights, a Canadian NGO promoting the coverage of human rights and governance stories across the African continent.