What is media development? Lessons learned from the field 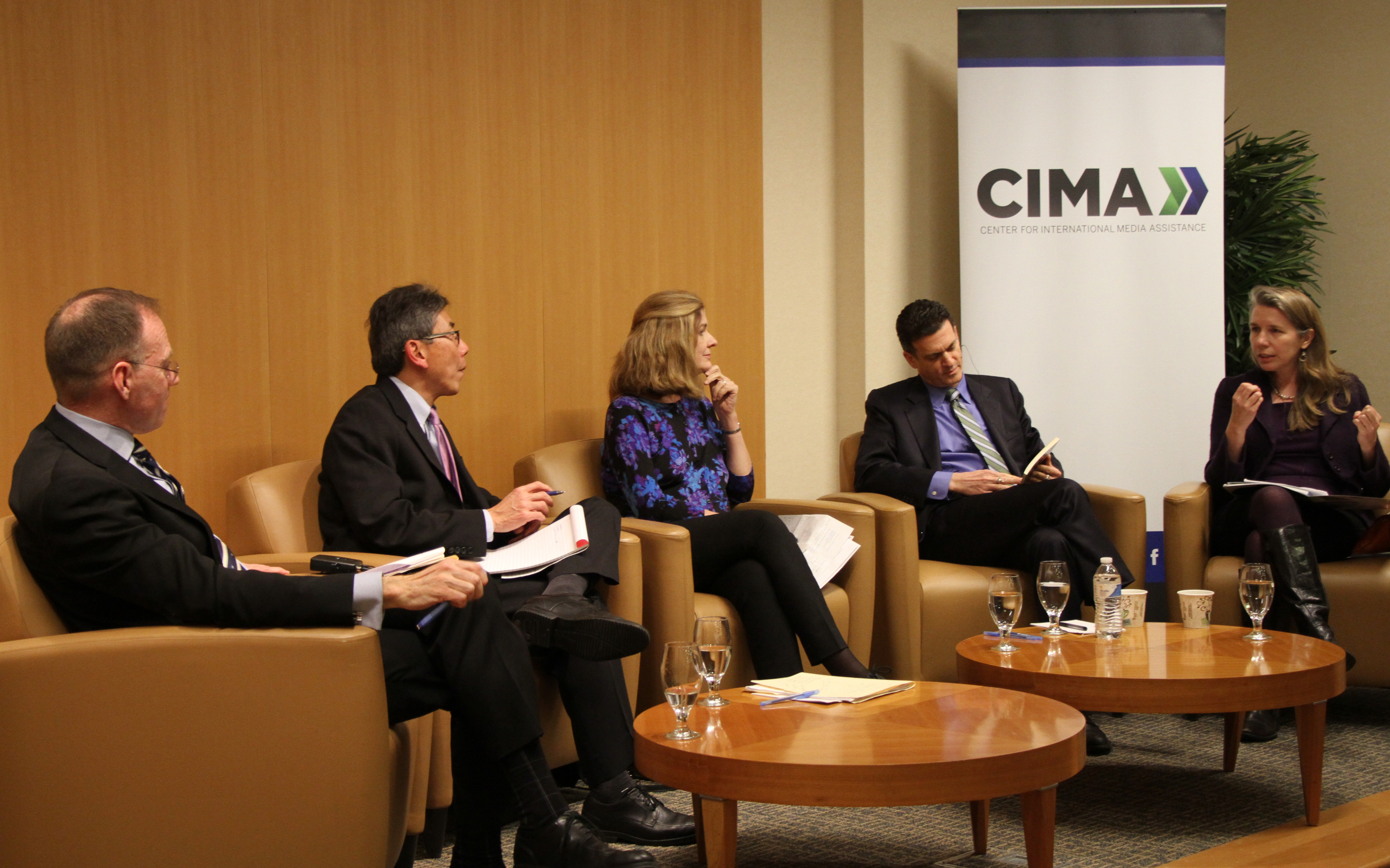 This week, CIMA hosted a panel of experts from around the media development community to engage in a debate about where the field is headed.

At CIMA, we’ve organized our thinking on media development into four interconnected issue areas that reflect macro concepts in the field: effectiveness, sustainability, innovation, and funding. CIMA Senior Director Mark Nelson outlined this approach when he introduced our new website, and discussed how the media development community has changed over the last 20 years.

Media development has evolved in approach and execution since the field took root in the early 1990s. Beyond the obvious technological shifts that have led to disruption in the methods and means of delivering content, financial support systems for media have been turned on their head. For donors, this presents a huge challenge, as helping to build an effective and sustainable media sector in a country means not only addressing the needs of individual outlets but also broader societal needs.

One of the major issues in media development are the funding models that make up the field. Media development consultant Anne Nelson questioned donor approaches to media development and noted trends (such as China’s massive investment in media infrastructure and content around the world) that have altered the structure of funding from project-based to more value-centric aid, focused on ideals of the donors.

She added that beyond approaches to content and revenue streams, working on media’s relationships with other institutions of society will be crucial going forward.

“A lot of media development is fiddling around the edges, and not dealing with the real problems,” Anne Nelson said.

Harlan Mandel, CEO of the Media Development Investment Fund, spoke of the difficulties of media outlets around the world in building sustainable business and content models that meet modern needs. In the digital world we live in, building trust with the audience and having a true relationship with them is the key to sustainability.

“Digital media presents as much an opportunity as a challenge,” Mandel said. “The Internet makes it very easy to publish, anyone can be a publisher now. But the challenge is really connecting with people, because there are just so many sources of information.”

And that wash of information is exactly why media should be rethinking its behavior today. In fact, said Jeanne Bourgault, the approach to the sector is changing–it’s no longer just how media go about their jobs, but also how communities meet their own needs. Who sifts through the chaotic frenzy of information and makes sense of it for communities is how the president of Internews re-tooled her organization’s thinking on media’s role more in terms of an “information ecosystem.”

“In the old days, we had a very straightforward approach of building a healthy media sector,” Bourgault said. “Now, we’ve turned the question around, and we have to ask: How do we help communities meet their own needs?”

And it is communities’ needs that is at the heart of the Development question–but how does media play a role?

CIMA’s director has frequently highlighted the difficulty of getting media recognized on the international development agenda. In the global debate on integrating media into development principles and funding, Mark Nelson said, the media development community has lagged behind other sectors (such as health).

Speaking to the development side and media’s role in sustaining democratic principles around the world, David Yang of USAID said that the challenge was making media an integral and explicit part of the agenda.

Arguing that media enables citizens to participate in their societies, Yang said, “Without media, the larger goals cannot be achieved.”