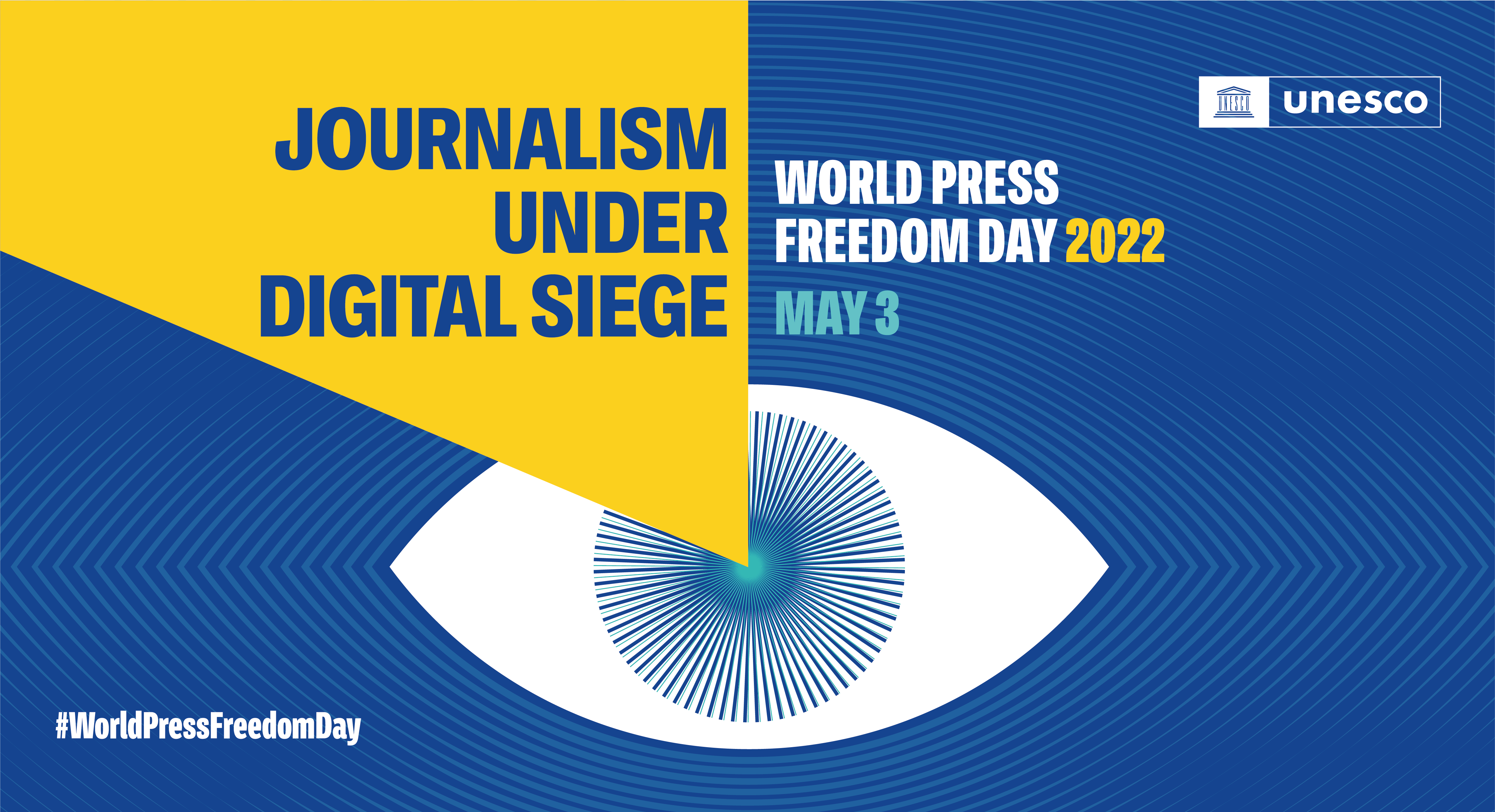 In honor of World Press Freedom Day on May 3, journalists, activists, and media experts are gathering in Uruguay for UNESCO’s annual conference. The theme of this year’s conference is “Digital Journalism Under Siege,” with discussions centered on freedom of expression, journalist safety, and access to information in the digital era.

Although the digital sphere has allowed journalists to develop innovative ways to gather information and share their content, these new opportunities are now under threat. In recent years, authoritarian actors have invested heavily in ways to stifle and co-opt digital media. From overt attacks like website blocking to more subtle tactics like flooding online spaces with disinformation, malicious actors have developed a sophisticated toolkit to deploy against online media. And not all threats come from governments: hate speech and harassment are prolific in online spaces and have led to outbreaks of violence and attacks on journalists.

Heading into World Press Freedom Day, here is some of the best research and reporting highlighting the biggest threats to digital journalism.

The Russian invasion of Ukraine is being waged on two fronts: the actual on-the-ground fighting and the accompanying information war. In an effort to control perceptions of the war within its borders, Russia has enacted a new law criminalizing the distribution of “fake” information about the war, essentially outlawing all independent coverage of the invasion. Russia’s tactics are far from unique. In recent years, authoritarian governments have developed a playbook of digital repression tools that includes similar “fake news” laws, along with more technical tools like website blocking and internet shutdowns.

While Russia weaponizes fake news to create a warped sense of reality within its own borders, the country is also spearheading at least 16 disinformation campaigns across Africa. Counting the efforts of other foreign governments, as well as those of domestic political actors, there are at least 50 disinformation campaigns active throughout the continent. Yet, despite the prevalence of the issue, social media platforms often fail to take sufficient action against coordinated disinformation networks. Malicious actors have been able to use social media to their advantage, boosting content that benefits them in an effort to drown out legitimate news.

Social media has become integral to the dissemination of independent news and high-quality information. Autocrats have not turned a blind eye to this threat to their hold on power. Using laws meant to stifle dissent, these governments threaten to block social media platforms that refuse to give in to their censorship demands. The Facebook Papers revealed how Meta’s relentless pursuit of profit has led to an under-investment in robust, context-sensitive content moderation systems, especially in developing economies and emerging democracies. This failure to address legitimate concerns over the proliferation of hate speech on social media allowed authoritarians to weaponize these concerns to limit freedom of expression.

Women journalists face particular risks in a profession that puts them firmly in the public sphere. In many countries, including India and Afghanistan among others, female journalists face threats and violence simply for doing their jobs. The violence these journalists face is constant, and is no longer confined to the real world. According to a Reporters Without Borders report published in 2021, the “internet is more hazardous to journalists than the street.” The danger is especially pronounced for female journalists. A 2021 UNESCO global survey found that nearly three quarters of female journalists have been harassed online, many of whom subsequently self-censored on social media. These attacks constitute a new form of censorship, attempting to intimidate journalists into silence.

The proliferation of digital surveillance tools has allowed autocrats unprecedented control over the information space. Commercial spyware has enabled even private actors to surveil journalists in an effort to subvert democratic institutions for their own gain. This issue is not limited to autocracies. Gaps in international legal frameworks have resulted in rampant cross-border repression, and even some democratic countries have deployed surveillance technology against their own citizens.

Malak Monir is the assistant editor at CIMA. In this role, she supports the work of the editorial team and assists with CIMA’s research, blog, and publications.